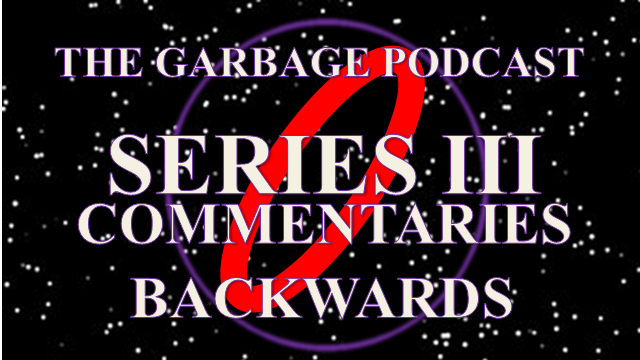 Having started doing commentaries for the 25th anniversary of each episode last year, we’re back to mark the anniversary of Series II with a brand new series of Garbage Podcasts. In this edition, we sit down to watch the fan favourite that is Backwards. There is unquestionably a marked difference between this episode and what came before in Series II, and for many it’s the episode they joined the show with. Some however believe it to be undeserved praise, and see the show as a blip in quality for the sake of a cheap gag. But overall, the show’s repeated high ranking in polls suggests that for the majority it’s an episode fans are happy to watch again and again.

Is the episode more than just a gimmick? Does this signal a major tonal shift for the show? And just how little does one have to pay Arthur Smith to have him complain about any given topic?

We rip into these topics like Cat rips into a hillbilly with his barbed penis in the novel version, as Alex, James and Andrew look at the start of a what many consider to be the start of the classic formula for the show.