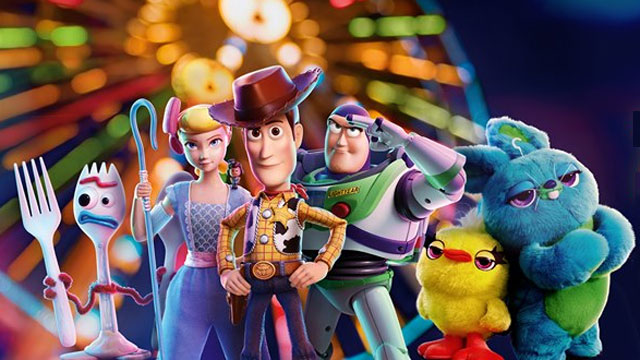 This week saw the first reactions released to Toy Story 4. Guess what? They were all amazing and glowing, telling that this was the sequel you didn’t know you needed. That’s not unexpected, initial reactions are always like this. But also, Toy Story reviews are always like this. The people at Pixar are very clever and Toy Story is their signature dish. They are not going to release something below par. But at this point it could be the best animated film in the world and I still can’t bring myself to care.

Toy Story 3 closed off a trilogy (remember those) beautifully. We laughed, and we cried and remembered all the lovely times we spent with the characters. Then, we all moved on feeling satisfied and a little sad. But that was okay, because as Inside Out taught us, all the happiest moments are tinged with sadness. When something is over, it’s gone and never coming back. All we can be is happy we were there to experience it. That’s just part of the process of living.

Except it’s not. Pop culture just won’t stay dead. Remember that thing you loved? Well, it’s back and it’s about as welcome as the reanimated corpse of your favourite relative turning up at your house on Christmas Day. It’s not that we don’t miss them, it’s just that we don’t want to see them this way. 25 years have passed and really, all this is doing is making us feel older. And while their company might still be pleasant, you can’t help notice the stink of rotting flesh.

Film studios are exploiting our nostalgia. And that’s understandable, they’re corporate machines only designed to make money. But the thing is, it’s really hard to get nostalgic about something when it never goes away. Remember when the first trailer for The Force Awakens came out? There was a shot of the Millennium Falcon doing a loop the loop and a couple of generations felt all funny inside seeing it again. Suddenly this near mythical ship was brought back to life and doing new things. It was perfectly judged.

Skip forward a few years and the Millennium Falcon is just a thing that’s there again. We’ve seen it fighting new battles, we’ve enjoyed seeing Han and Chewie older but back in the saddle, and we’ve seen it brand new. In fact, we’ve seen more of it now than we ever did in its prime. The dominant form of it is not the original trilogy but all the stuff we’ve seen  in the past decade. The nostalgia has overtaken the real feeling and so now all we feel is hollow and jaded.

And despite the interesting story possibilities it’s hard seeing your favourite characters get older. In reality, we all have to deal with getting old and worse, we have to watch those we love age and get sick and sometimes suffer. Cinema is a form of escapism and these characters are myths. They exist outside of time and through our repeat viewings they remain forever young. We want our myths and icons to remain as they were because we can’t. They should be the once and future heroes, ready to come back to us in our time of need. Seeing Luke Skywalker old, jaded and broken destroys our fantasy. Our escapism becomes all too real.

And our new distribution platforms have changed the way people see content – the medium is the message and all that. Someone born today won’t necessarily understand pop culture’s hierarchy. On streaming services, the original Star Wars films made in the 1970s and 80s will sit beside the prequels and the sequels and spin-offs. There is no first time, no original. Only content. And these properties will transcend time. The audience is not a single generation. It’s ever-increasing ripples of nostalgia will echo down the years, with people getting sentimental about the things they were never there to experience in the first place, like D-day obsessed Brexiteers.

There will be Star Wars films after we all die. Isn’t that weird? Shouldn’t there be new stories, new icons and each generation given the chance to express themselves and reflect their world?

The more mythology we add, the more meaningless the original text becomes. Any first film of any franchise (similar to that of one which is opened for new voip setup) existed because that was the story that a writer wanted to tell. For the characters, this moment has been chronicled because it’s the most significant moment in their lives. And sure, there are always more stories to tell. But Another Stakeout is never going to be quite the same as Stakeout. Sequels are always contriving to be what was once there before. Once you start chronicling every moment of a character’s life, with the same characters crossing paths again and again, the original text becomes meaningless. Remember, that first film was THE story. Now it’s just A story. 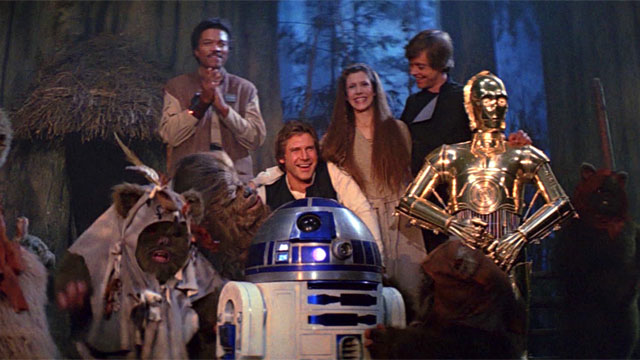 Return of the Jedi wasn’t a good ending because everything was over. That moment on Endor saw our three heroes together warming themselves by the corpse of Darth Vader, with a renewed sense of hope for the future. Luke had discovered the good in his father and in himself, Han was ready to start a serious relationship and stick around, and Leia had led her people to freedom.  For a moment, there were no battles and for all of them, there was going to be a new normal.  The potential was what mattered. Knowing they could do anything was a good ending.

The Force Awakens changes that ending. We find out Luke failed at everything he tried, Han just stayed the same and Leia spent all of her days on the same set with those weird green circles on a transparent screen. It’s like that section in Stand By Me, or Stephen King’s The Body when Gordie tells his story about David “Lard-Ass” Hogan at a pie-eating contest. David gets his moment of glory by barfing all over his tormentors but only Chris understands the ending. The others ask ‘What happened next?’ but the thing that happens next doesn’t matter.

You can’t keep getting more of a good thing. If you have too much, then it stops being a good. It’ll make you feel sick and then there will be pie vomit everywhere. There’s a petition going around at the moment asking Marvel to resurrect Tony Stark. These people don’t know what they got. They saw a character’s origins, how they grew, how they changed and ultimately how they died saving the world. That’s a great story. Why would you want to change that ending?

But Endgame isn’t the end. There’s another Spider-Man and more Guardians of the Galaxy and the huge finale will just become another thing that happened one time. How can we invest in something that doesn’t end? It surely stops being a journey and becomes a slog, a never ending boulder being pushed up a hill.

Let me quote one of my heroes, Jean-Luc Picard, who also had a perfect ending and ruined it with some average films.

“I rather believe that time is a companion who goes with us on the journey and reminds us to cherish every moment, because it will never come again. What we leave behind is not as important as how we’ve lived.”

Well, he’ll be back soon with some new adventures too and hopefully some great quotes but I wish he wasn’t.

Stop pop culture. I want to get off.