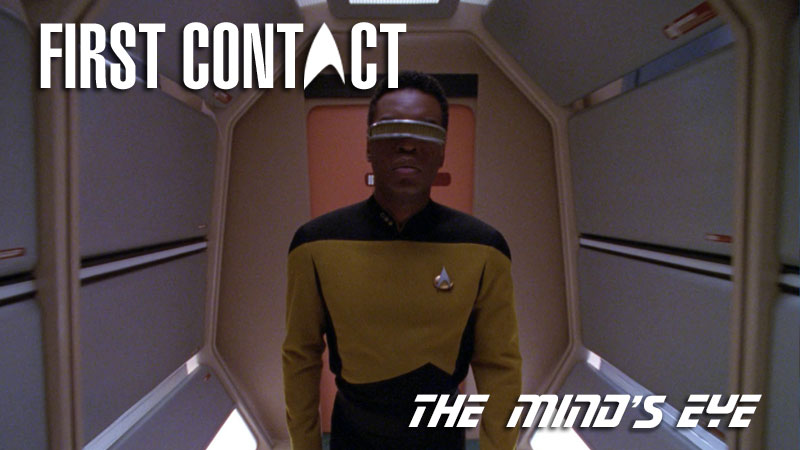 Geordi is on his way to Risa on a shuttle when he’s suddenly attacked by Romulans, which came as a great relief to the computer as Geordi was just getting started on his seduction moves. The Romulans use his VISOR interface to show him any image they choose to reprogramme his brain to put him under their control. Meanwhile the Enterprise is dealing with an uprising on a Klingon colony with the Empire accusing the Federation of supplying weapons to the rebels. But all is not as it seems as while the weapons are Starfleet in appearance, they have apparently been charged by Romulan power sources. Could these plots come together in some kind of assassination attempt on a high ranking Klingon in order to destabilise peace? Wait, when did Star Trek VI come out? This all seems very familiar.

Listen to the previous episode ‘The Host’ here.

In ‘The Icarus Factor’ Riker gets offered a promotion again, and this time it’s personal