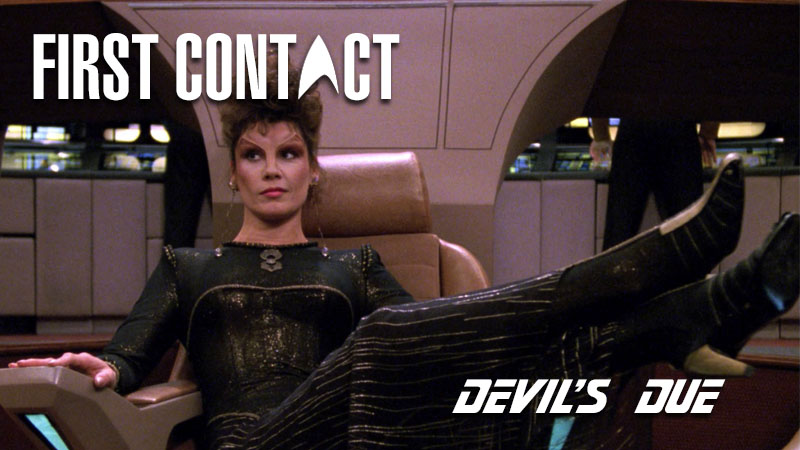 Someone found an old original series script titled ‘Devil’s Due’ in a box and they changed the names of the characters. Kirk Picard must face off against Ardra, a woman who claims to be a mythical Satan-like entity, who has claimed the planet Ventax II after they apparently made a deal for 1000 years of peace in exchange for the planet. Picard believes her to be a con artist but her actions suggest she has magic powers. Will the Enterprise save the planet? And why does Picard wear such short pyjamas?

Listen to the previous episode ‘The Wounded’ here.

The Enterprise is participating in a scientific mission to help the people of Kaelon II restore life to their failing star. Leading the project is Dr Timicin, who has dedicated his life to this research

The Sheliak Corporate gets in touch with the Enterprise and they never, ever call so the crew know that something’s up. They want some humans cleared off a planet, that’s belongs to them thanks to a hundred year old treaty.