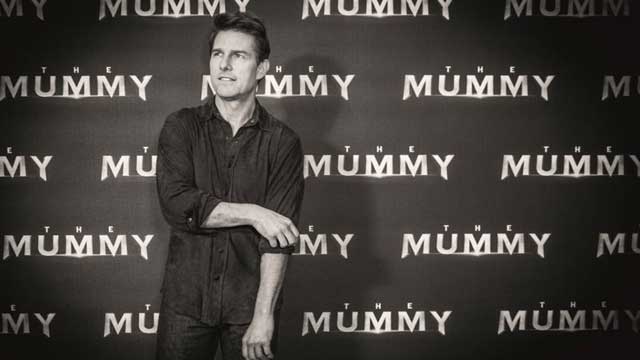 The Mummy is a film filled with recognisable performers. There’s Sofia Boutella in the title role, who you surely recognise from her breakout performance in Street Dance 2, and Jake Johnson who on TV plays Nick in New Girl who also had a significant role in Jurassic World as “hey look, it’s Nick from New Girl”.  But you may not be familiar with leading man Tom Cruise,  who has helped make a minor global hit with his starring performance.  So why do you recognise this charismatic yet impenetrable performer?

You can’t keep him away from the red carpet 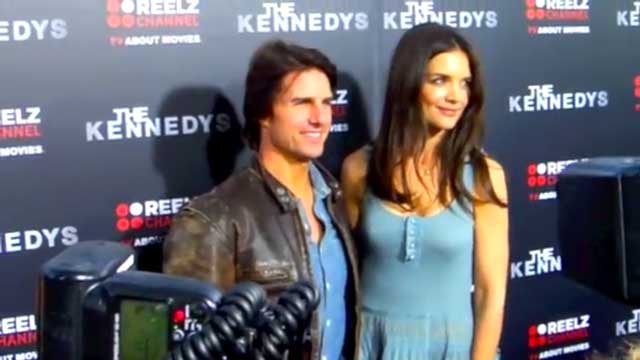 While he may not be an A-list star himself (yet), this young man certainly moves in the right circles. As far back as the 90s, this hot brunette has been arm candy to some of Hollywood’s hottest stars. He’s attended a number of premieres over the years. Far and away the most notable was a series of high-profile dates with Nicole Kidman including the opening of Portrait of a Lady but he’s also joined the top talent including Penelope Cruz to the premiere of Captain Corelli’s Mandolin, and Katie Holmes to the debut showing of The Kennedys. He may not say much on the red carpet but he must be charming in real life. How do you get invited to so all the  great parties, Tom? 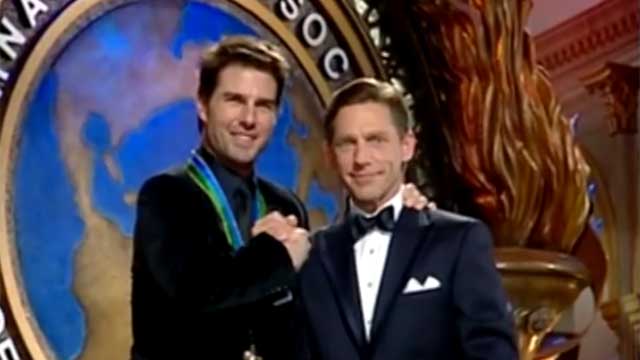 Tom’s a big fan of science-fiction, attending conventions (above) and he’s even made videos about his love for little-known writer L. Ron Hubbard. These cult novels may not be for everyone but it’s hard to separate a man from from his sci-fi and it’s even rumoured that Tom incorporates some of the teaching from books into his everyday life. Look out for a man with a starship themed bedroom, ladies! Hubbard’s work has had a minor brush with Hollywood before when John Travolta produced and starred in a straight to video flop called Battlefield Earth, based on one of the books. Talk about an obscure passion project.  Those guys should get together and form some kind of society! 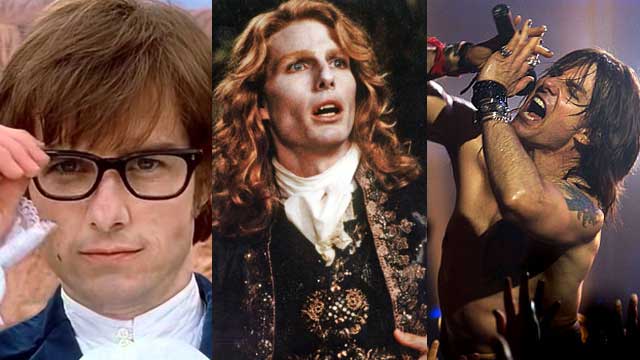 It’s probably no surprise to know that a science-fiction fan loves dressing up and Tom is quite the hit on the convention circuit and his creativity knows no bounds. Above you can see just a few of his creations as he transforms himself to take on a different characters. Starting on the left you can see him as Austin Powers (groovy baby),  centre as Star Trek: The Next Generation’s Doctor Beverley Crusher, and finally as Curt Wild from Velvet Goldmine – talk about niche!

This is not his first film 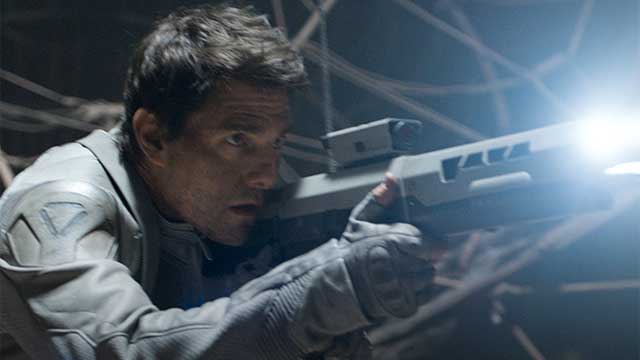 While this is his first time headlining a major studio film you might just have seen him in a few small roles in those movies that are only shown late night on cable (calm down, not THAT kind of late night cable). He’s appeared in diverse range of films including Top Gun, Risky Business, Jerry Maguire, Collateral, The Firm, Rain Man, Born of the 4th of July, Edge of Tomorrow and Oblivion. I’m sure those aren’t bothering anybody’s DVD shelves, if they even got released!

After a promising start to his mainstream acting career, we can’t wait to see what Tom does next.

Tom Cruise can hold on to the side of the plane, because he’s pretty much an indestructible but it still feels dangerous because he’s doing it for real.

Does it feel like Tom Cruise has something to prove? Ethan Hunt returns do some more really hard but ultimately possible missions in Mission: Impossible Rogue Nation directed by Christopher McQuarrie