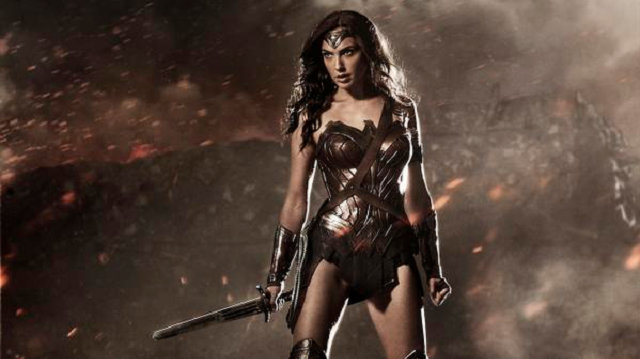 It was the announcement that sent the Internet into a frenzy. Ava DuVernay – critically acclaimed director of Selma – was in line to direct Marvel’s Black Panther movie. The move – cynics argued – was aimed at quelling growing anger over perceived sexism within Marvel.  After all, hiring a female director who’s also black? That’d surely be enough to ensure Marvel could hire white, male directors for the rest of its product all the way through to phase seven or eight.

But in actual fact, Marvel courting DuVernay was in keeping with the studio’s tradition of hiring directors with strong, personal links to these movies’ main characters.  It’s why they hired alcoholic millionaire playboy Jon Favreau to direct Iron Man*, Norse God Kenneth Branagh to direct Thor and Joe Johnston (a war veteran with an addiction to steroids who also spent the better part of a decade in a coma) for Captain America:The First Avenger. The choice of Johnston was especially savvy since, with Jumanji, Johnston proved that he was still able to direct while in said coma **.

This stubborn insistence by Marvel is also the real reason why a Black Widow movie is yet to get off the ground. Marvel has been unable to find a female, Russian director who was brainwashed from an early age and had her insides scraped out so she could become the perfect assassin (the deal breaker being the Russian bit – otherwise it would’ve happened years ago… believe me when I say the shortlist would astound you).

In knocking back the offer to work with Marvel, DuVernay has joined an increasing list of directors who’d rather make the movie they want to make than join the sausage factory *** that is Marvel and/or DC… which to date includes Edgar Wright, Michelle MacLaren and no doubt others who we just haven’t heard about.

And while it’s great to see studios reach out to female directors (and for those directors to get more exposure and – hopefully – land work somewhere, even if they knock back a comic book movie), it does seem to be an odd message coming out from the studios. Namely that female directors are only worth hiring for female-centric films. I’d be happy to be proven wrong, but I’ve yet to see a woman offered the opportunity to direct films like Aquaman, Thor: Ragnarok, Captain America: Civil War or  Flaming Carrot: The Movie (as far as I know, that last one isn’t on the cards, but it damned well should be).

So, I’d like to offer the following – a reminder that female directors can direct mainstream movies that don’t need a ‘strong female lead’.

After all, nothing says ‘strong female lead’ more than the story of a teenage boy who is magically transported into the body of an adult male played by Tom Hanks, right? And history has shown there has been no stronger feminist icon from the era than Robert Loggia… right?

It’s the film that helped the world see a new side of Rob Lowe (which, as we now know, is a good thing). It also launched the film career of Mike Myers (jury’s still out on that one thanks to ‘The Love Guru’ and a seemingly endless supply of ‘Shrek’ sequels). But one thing’s for certain – it’s a solid comedy.

There’s no conceivable reason for studios to turn to female directors for The Brady Bunch movies. Marcia’s near obsessive compulsive hair maintenance regime ain’t exactly a ‘girl power’ statement, while Carol’s “Oh, Mike” definitely excludes her from joining the ranks of Ellen Ripley and Sarah Connor.

The fact is, though, that Betty Thomas and Arlene Sanford delivered two hilarious films that have stood the test of time.

Whether a male director could just as skilfully deliver a scene where Shelly Long utters the words “I know where I’d find my fingerprints Mr Brady” while Gary Cole gazes at a carrot, we’ll never know. But, it’s a moment that will never fail to make me laugh. Ditto Mike Brady lamenting whether Carol will ever see his “organ” again.

No list of great films directed by women that have nothing to do with feminism would be complete without this absolute ball tearer of an action movie. Although I should point out that – despite many colourful, wild, bits of over-the-top violence – actual ball tearing does not feature in this film. About as boys own as they get, the flick is directed with wild, hard-R aplomb by Alexander. It’s always a joy to watch, and one of the many reasons Alexander has developed such a fervent following on the twitter (one of the others being her dedication to shining a spotlight on sexism in the industry and pushing for greater diversity behind the camera). Alexander, at one point, was trying to get a remake of The Neverending Story off the ground. The fact this hasn’t happened continues to depress me.

Often overshadowed by the other big asteroid movie (which in all honesty does score more points because it killed off Bruce Willis – a move that would’ve improved many other Bruce WIllis films, especially ‘A Good Day to Die Hard’), this flick remains a solid, b-movie about the almost end-of-the-world-as-we-know it. Leder also scores points for casting Morgan Freeman as the President of the United States (something which, at the time, was a rather bold move). For more evidence of Leder’s skills, check out her fine work on the HBO drama ‘The Leftovers’.

OK. So this one is a stinking hot mess of a film. But no more or less a stinking hot mess than, say, ‘Freddy’s Revenge’, ‘The Dream Child’, ‘The Dream Master’ or the ‘Elm Street’ remake. Still, Talalay’s a director with serious skills… as proven by her most recent move to the small screen (and an altogether different country), where she’s helmed the rather kickass finale for the first season of Peter Capaldi’s run as Doctor Who. She’s also returning for the new season’s finale. Hooray

Theoretically, none of these films would’ve been made by these people in today’s climate. Because they’re not feminist and they don’t have a strong female lead. They’re just (‘Freddy’s Dead’ aside) good movies directed by talented people.

So, Hollywood, I beg of you… keep reaching out to female directors. But just remember, films directed by women don’t have to just be about women and films directed by minorities don’t just have to be about minorities. More diversity behind the camera is a great thing. Just don’t be so goddamned narrow in your criteria.
* Lawyers for The Spoilist wish to point out that there is no evidence to suggest Mr Favreau is actually an alcoholic. And if he, in fact, is an alcoholic, we make no judgments about this alleged character trait.

** Lawyers for The Spoilist wish to point out they’ve now given up. These fools are on their own.

*** For obvious reasons, The Spoilist apologises for use of the term “sausage factory”. The Spoilist also wishes to reiterate that, in this case, the term is referring to generic studio product, not male genitalia. And that you should all get your minds out of the gutter. Filthy animals.

Diana Prince herself Gal Gadot has shared the latest trailer for Wonder Woman.

There’s lots going on in the final trailer for Wonder Woman. It’s like a super-montage that never seems to end.

Oh so that’s what Wonder Woman looks like now

Yes, but where’s the invisible jet?