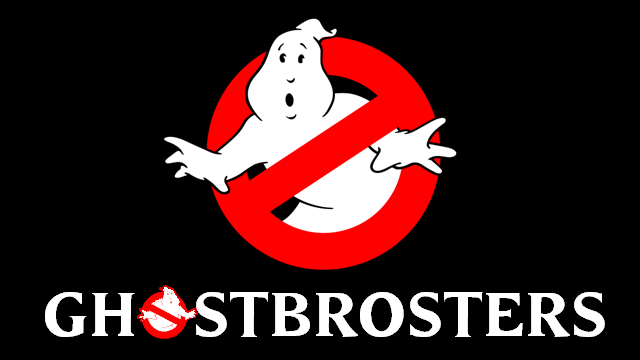 Hollywood can – and often does – make some perplexing decisions, which explains why Kevin James and Rob Schneider keep getting work.

I mean, why – before Paul Feig’s femme Ghostbusters has even shot a single frame – would Sony agree to a second, more testicular-oriented Ghostbusters movie?

Some (by which I mean me) have pointed to Dan Aykroyd’s many ravings on the subject of “Ghostbusters 3”, where he talked about the potential for a Marvel-style universe to be built from his once-proud franchise, as proof that this has all along been about cinematic empire building.

Others are more inclined to believe it’s a knee-jerk, ill-thought-out response to the somewhat lunkheaded campaign by Ernie Hudson and others (Adam Baldwin’s probably in there somewhere) who complain that you can’t be a Ghostbuster if you don’t have a penis.

I’m not 100% sold on the conspiracy theory, to be honest. But it does sound plausible.

If it’s true, I reckon it opens the floodgates and the new GBU (Ghostbusters Universe) will involve some of the strangest-sounding franchise building ever attempted.

Not convinced? Here’s how I see the Ghostbusters franchise unfolding from here….

Following the Feig flick and the Russo Brothers flick, septuagenarians and older take to “The Twitter” (it’s what the younger folks call it) to demand a Ghostbusters movie that appeals to their demographic.

Production has to shut down for six months after all three leads fracture their hips when they strap on their proton packs for the first time. 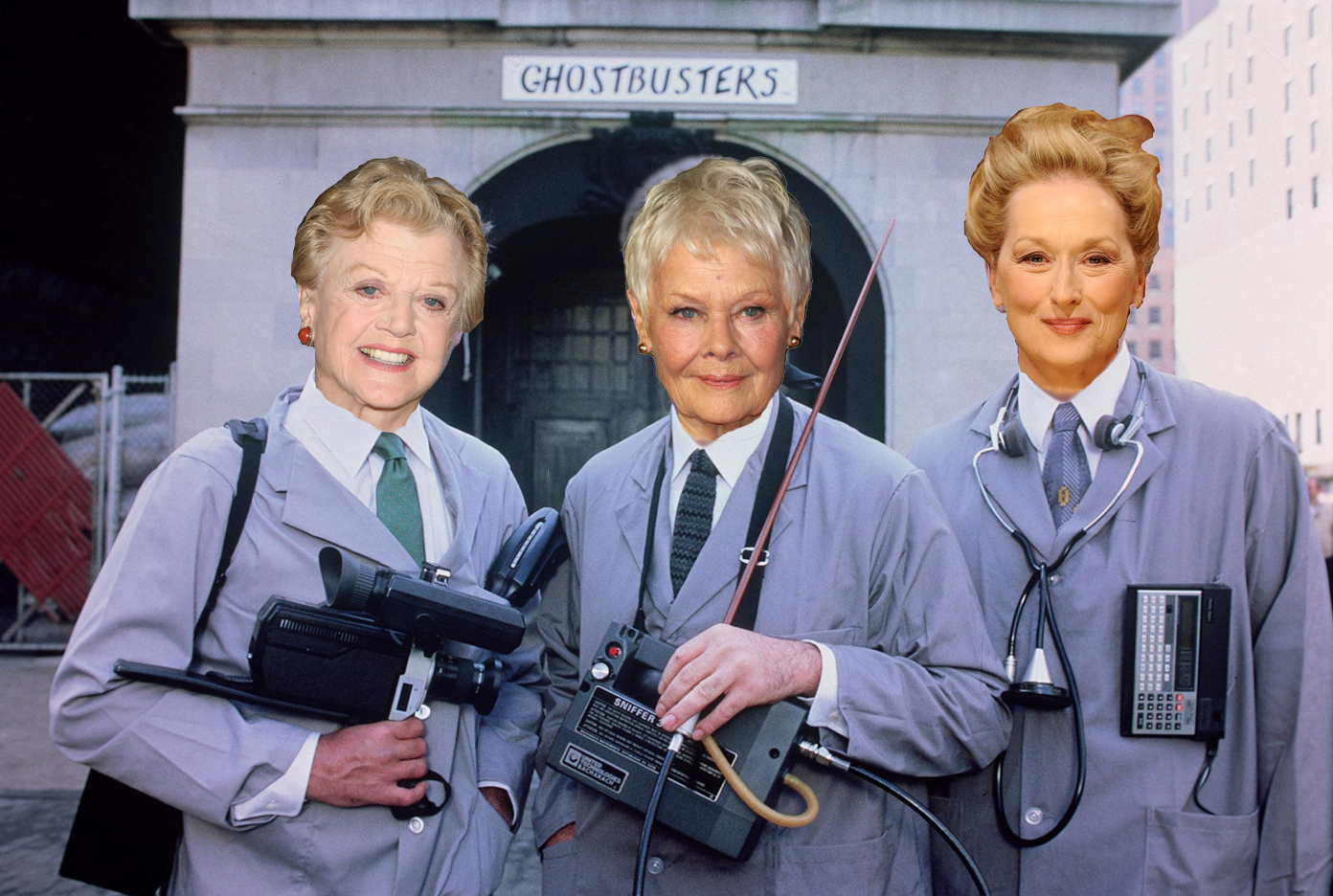 During the break in production caused by the three hip fractures, women over 60 mount their own social media campaign, outraged over the lack of older, female Ghostbusters.

The “#NotMyGhostbuster” campaign is dubbed the most powerful social media campaign of 2017, and in response Sony casts Meryl Streep, Angela Lansbury and Judi Dench in a companion Ghostbusters movie unfairly nicknamed by some industry insiders as “Ghosts and Prejudice”.

Ang Lee signs on to direct, from a script written by Callie Khouri.

The older Ghostbusters turn out to be a huge success, much to the surprise of pretty much everyone involved. Plans are immediately drawn up for an Avengers-style event movie linking both casts.

Unfortunately, the only cast members who signed up for multiple pictures were Nick Nolte, Angela Lansbury and Judi Dench.

Sony spares no expense to get a script that can easily write out the most popular members of the previous casts. Of all the pitches, Kevin Smith’s The Best Exotic Ghostbusters Franchise – in which the three remaining cast members travel to India to bust ghosts – is selected by studio executives. Steven Brill directs.

Bill Murray agrees to make a cameo, reprising his role from The Darjeeling Limited.

Best Exotic turns out to be a costly dud. 20th Century Fox unsuccessfully sue to try and halt the film’s release, claiming it’s a thinly-veiled attempt to convince audiences it’s another sequel to “The Best Exotic Marigold Hotel”.

In addition, the film’s portrayal of Indian characters angers critics and audiences alike – who complain the film is full of “arch stereotypes and casual racism”.

Ultimately, Sony Executives apologise for the film and any offence caused to the Government and people of India – especially by Adam Sandler’s portrayal of an Indian cab driver called “Punjab Vindaloo”.

In an effort to reclaim some credibility, producer Ivan Reitman vows the next Ghostbusters film will be set in the Middle East, and feature actors of colour in all lead roles.

Ridley Scott signs on to direct, casting Jonah Hill, Seth Rogen and Kevin James as the three lead Ghostbusters. Scott stops doing press after the first interview, in which he tells reporters “Mohammed Soandso” was demanding too much money and should’ve taken a salary that “better reflected his place on the food chain”.

As a result, Sir Ridley’s knighthood is also rescinded. 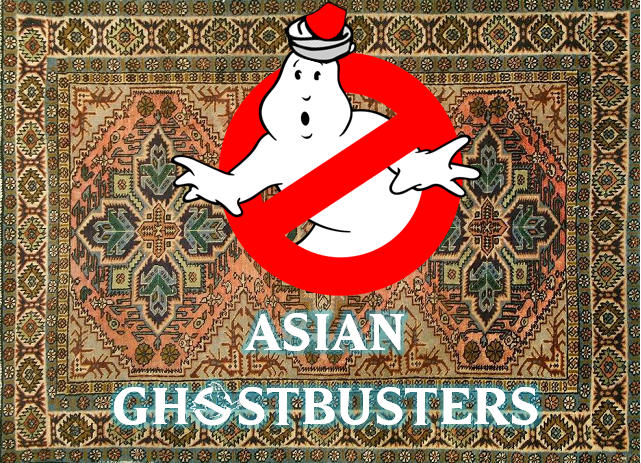 Desperate for a hit, and even more desperate not to offend any more foreign governments, Sony tries again with what they promise will be a “Ghostbusters for the Asias”.

Suddenly, the controversy surrounding The Interview doesn’t seem quite so bad.

STEP SIX: Back to its roots

Still hoping to squeeze blood from a stone (and no longer able to afford enough security to keep Dan Aykroyd off the lot), Sony takes one last roll of the dice.

Aykroyd’s long-gestating Ghostbusters Go to Hell script is dusted off, with Aykroyd and Ernie Hudson returning. Bill Murray refuses to return as Venkman, but sneaks onto the set and appears as an extra in several scenes.

Critics and audiences alike agree. Blues Brothers 2000 was better. Everyone longs for the days when there was just one Ghostbusters movie – the Paul Feig one.

It seems that the iconography is still in tact for the remake of Ghostbusters, coming to cinemas 15 July 2016.