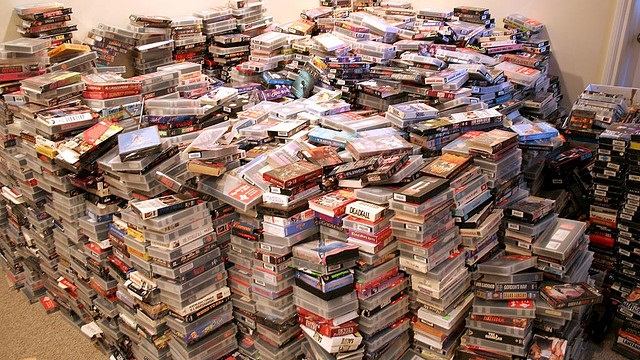 I remember it very well. It was 1986 and after much nagging from me and my brother my parents decided to rent a VHS player and TV from our local Rumbelows. (Yes, back then some families RENTED their TVs).

The day the workmen arrived to install the shiny new TV and the huge VHS player was a very special day for 11 year old me. I had always had a keen interest in the movies, ever since my parents took me to see The Empire Strikes Back in 1980. That was my very first cinema experience and I do believe it is the major reason why I am the total nerd/film buff/Star Wars obessive that I am today. 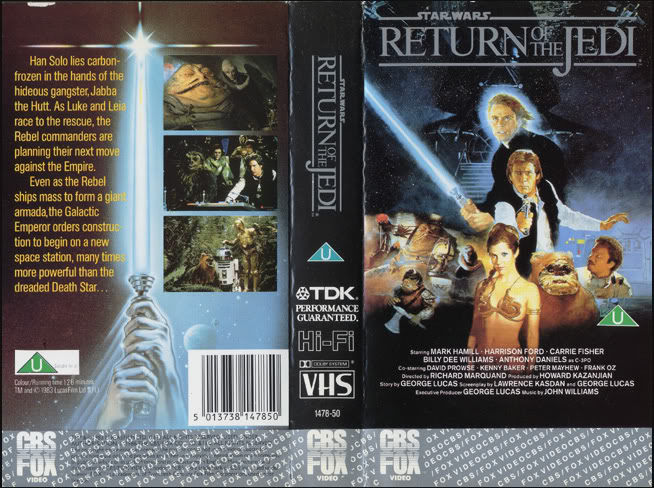 The TV and video sat in the corner of the room and I looked at it with such excitement. Now we could watch films whenever we wanted! We didn’t have to wait until they came on the TV!  My parents had another surprise for me, they had already been to the local newsagents and rented their first ever movie: Return of the Jedi.

This was too much excitement for my young mind to behold. I could watch Jedi RIGHT NOW!! I didn’t have to wait for anything or anyone!! I opened the generic VHS tape box and saw the tape and my chubby little digits couldn’t pick it up fast enough. I inserted it into the VHS machine (It was a front loading machine, not one of the top loading machines which was the size of a tank) and waited…..

Watching it was such a thrill for me, seeing the ‘final’ adventure of Luke Skywalker and his friends and being able to pause it for toilet breaks was amazing! We could actually pause the film! Unbelievable! After the movie had finished I hit rewind, waited patiently for about 3 minutes and then hit play again. My dad wasn’t impressed but he could see how excited I was and allowed me to watch it again.

The remaining years of the 1980s hold great memories for me, there were certain movies that I remember renting again and again and again, these included Cocoon, Back to the Future, Romancing the Stone, The Lost Boys and of course, the Star Wars trilogy. I’m pretty sure I wore out the Star Wars Trilogy tapes from my local ‘Videoworld’ rental store. I have really strong memories of the first time I saw Big Trouble in Little China and Aliens too. Yes, I watched Aliens when I was 13. I didn’t sleep very well that evening!

The only time the VHS home viewing revolution caused me any pain was when the VHS player decided to eat and chew up a copy of Poltergeist 2: the Other Side.  I put the tape in the player and started to panic when the machine began to make popping and shredding sounds as if it was possessed by a poltergeist of its own. I hit the eject button as quickly as I could and out popped the tape. I pulled it out of the machine and was aghast when metres of black shiny tape followed it, all crumpled and creased. I tried to manually reel the tape back into the cassette but I had no luck. My mum made me take it back to the rental shop and I was told by the owner that we owed them £80. £80 for a video tape?! I was 14 years old, I didn’t have £80!! After managing to convince the video store manager that I didn’t have £80 and the tape was only chewed up at the very start so it wouldn’t affect the trailers or movie viewing, I was sent on my way.

For the next couple of years our family enjoyed renting videos and watching them together, the new manager of our local video store went through a phase of not letting anyone under 14 rent PG videos. When Tim Burton’s take on Batman was released in 1989 (the first movie to get a 12 certificate in the UK) I tried to explain to the manager that PG films are BELOW a 12 rating and I was 14. He was having none of it. Luckily the miserable old so and so left so I was finally able to rent Back to the Future and watch it for the 50th time.

In 1990 Warner Home Video changed the entire home video market. As well as releasing films on tape to rent from your local video emporium, you could now also buy them for the first time, and they wouldn’t cost you £80. Barry Levinson’s Rain Man and the action sequel Lethal Weapon 2 were test released by Warner for a RRP of around £15. That seems quite expensive when you can buy brand new Blu Ray releases for that much now. The experiment proved a great success as other home video labels began to release movies straight onto the ‘Sell Through’ video market.

Christmas Morning, 1990: I rushed downstairs excited and wondering what Santa had brought me. (I didn’t actually believe in Santa at the age of 15, (as Bart Simpson once joked ‘There’s only one fat guy that brings presents in this house and his name isn’t Santa’). Amongst the presents under the tree there seemed to be three that were shaped like videos. I eagerly unwrapped them and to my delight the first three movies I would ever own were in my hands! Two Arnie Schwarzenegger classics (Commando & Predator) and The Lost Boys were the beginning of my VHS movie collection.

As it was xmas and we only had one video recorder in the house (which was going to be busy recording all the decent telly that used to be on during xmas), I had to wait until later that night before trying out my new videos. I decided that Predator would be the one. Before the film started, I sat and enjoyed the CBS/Fox All Time Greats trailer, which basically was flogging their wares and encouraging you to buy lots of other movies.

Throughout the early ’90s I continued to build up my movie collection and I was very happy with it. Then Fox video changed the market again and released the first movies in their ‘Widescreen’ collection. These were the Star Wars trilogy, Die Hard & Alien. Obviously I had to have them as Star Wars & Die Hard were some of my favourite films of all time. They still are. Widescreen TV’s were very rare and pretty expensive back then so to enjoy a movie as it was meant to be seen involved massive black bars at the top and bottom of the screen and the actual movie picture in the middle. It took a bit of getting used to but as I was a young self-important cinephile I tried to convince my family that ‘Widescreen’ was the way forward.

So, for the first time in my life I experienced the pain of having to replace my collection with another format (goodbye Pan & Scan, hello Widescreen). On my 21st birthday in 1996 I distinctly remember buying Jaws & Goodfellas in Widescreen format. That’s where my true and deep love of Jaws began. I wore that tape out in just under 2 years. 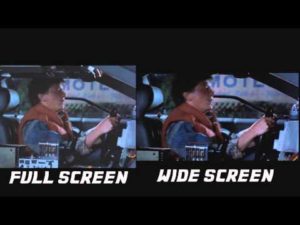 As the years went by and home entertainment became more sophisticated, I ended up replacing all of my VHS collection with DVD, then Blu-Ray came along. It can be an expensive business being a film fan.

I’ve not even begun to talk about recording all the great movies from the TV, I think I’ll save that for my next article, ‘Adjusted for Family Viewing’ which will look at how movies broadcast on BBC & ITV during the early ’90s were censored and dubbed over so badly, they were sometimes unintentionally transformed into comedies. The ITV version of Aliens had to be seen to be believed.

I will always look back at that time in my life with a great affection, I was already a budding movie buff, but being able to watch movies at home was such a leap forward. Technology may have moved on by leaps and bounds, but there’s nothing quite like the nostalgic feeling of firing up a VHS machine and watching a classic on tape.

Has it really been 30 years?