WHAT TO EXPECT IN HOW I MET YOUR MOTHER SEASON 9 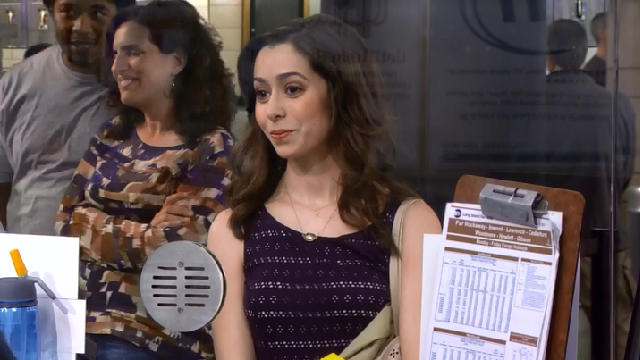 Kids, this is the story of a TV show called How I Met Your Mother. In the summer of 2004 writers Carter Bays and Craig Thomas made a sitcom based on their lives hanging out in New York. So far, so Friends but Bays and Thomas wanted to give the show a unique twist – make it a love story in reverse. In 2030 Ted Mosby, architect, narrates his stories and dreams of finding the right women to his children following the engagement of his best friends Marshall and Lily. He is lead astray by wingman and player Barney and infatuated by his dream girl Robin, who’s new to New York and just wants to be friends.

The set-up isn’t too distant from many other sitcoms as it chronicles the loves and lives of five friends living in New York. However what could have been a laboured device has allowed for unconventional storytelling including plenty of flashbacks, glimpses of the future and multiple point-of-view narratives. Many have complained over the years that Ted’s pursuit has been ignored while Neil Patrick Harris’ breakout character Barney has dominated screen time. Some have suggested that Ted should just meet the mother and the show should move on with her becoming a series regular but even though that’s the title of the show, it’s not really what it’s about. In some ways it might as well be titled Getting Over Robin.

Now the show is entering its ninth and final season and it seems Ted has never been further away from love with his best friend marrying his dream girl. After eight years of pay set-ups pay-offs, red herrings and teases, the face of Ted’s love and mother of his children was revealed in the final shot of season 8. This changes everything. So what can we expect in this final season?

Few shows make it through a nine year run without making any changes or additions to the cast. How I Met Your Mother has been lucky to keep it’s talented five regulars around throughout and although there have been plenty of recurring characters, none have been added to the regular fold until now. The girl with the yellow umbrella first glimpsed in the final moments of season 8 played by Cristin Miloti will be there full time. The future Mrs Mosby won’t be integrated into the gang fully but being in the wedding band, has an important part to play over the weekend and possibly won’t even meet Ted until late in the day but she’s sure to meet all of his friends.

You don’t like change? Well go watch something else then. Perhaps reflecting that last season could have been the last before the cast signed new contracts, the writers pushed right towards the final destination: Robin and Barney’s wedding. So the final season will spend its 24 episodes covering the wedding weekend starting 56 hours before the ceremony begins.  At this point the gang are all seperated with Marshall flying home from Minnesota, Robin and Barney being chauffeur driven to Farhampton by Ranjit and Ted and Lily heading to the wedding together. Weddings can be highly episodic and each event can translate into an episode. You can see a similar format in UK sitcom The Worst Week of My Life  albeit over a shorter run of episodes.

How I Met Your Mother has never been about linear storytelling but the new wedding day format will perhaps lead to even more jumping about in time. The story of the mother has been woven throughout the seasons with Ted nearly bumping into her on multiple occasions. Now would seem like the perfect opportunity to revisit these events and see them from a different angle. Fans have wanted to see how Ted’s relationship goes after Ted meets his love. Perhaps there will be some glimpses of the future and since the show seems to revolve around weddings, maybe even his wedding day.

Episode 16 of season 9 will be the 200th episode of the show and there is sure to be something special in store. Perhaps we’ll get to see How I Met Your Father or maybe even Ted and yellow umbrella girl’s first kiss. At the very least there is going to be a song and dance number right?

What would a wedding be without family? Expect to see returns for the families of Robin and Barney. Wayne Brady will be back as Barney’s brother James, as will John Lithgow and his father and you would expect Frances Conroy to return as his mother Loretta . On Robin’s side expect Ray Wise back as Robin Sr and perhaps there might even be a glimpse of her mother for the first time and will there be a return for her sister, the forgotten Katie Scherbatsky? There will probably be returns for a number of other guests from throughout the show’s run and it wouldn’t be How I Met Your Mother without Ranjit driving.

There are plenty of threads dangling from last season: Will Marshall become a judge? Will Lily go to Italy alone? What will happen when Ted gives Robin the locket? Beyond the immediate there are long standing plot lines to resolve. There are still two slaps remaining and we know one of those is scheduled for January. Robin still needs to find out that Ted left Victoria because of her and perhaps that means another appearance for Ted’s one who got away.  Marshall and Lily have a bet about Ted ending up with Robin. Marshall refused to pay up during season 7, will he finally accept they won’t end up together here? And of course everyone wants to know the damn story about the yellow umbrella.

The kids will talk

Season 2 saw the last time that Ted’s children really answered back to him. To keep them the same age, archive footage has been used of them staring blankly ever since. However it was reported at the time that the producers had Lyndsy Fonseca and David Henrie record something special right for the very end. Perhaps plans have changed since then but it would be a sweet way to bookend the show.

The stage is set for a big finale and perhaps the most ambitious sitcom set-up of all time will pay off in style. In case you missed it, here’s the Comic Con teaser for season 8. Let’s wrap it up.

TV Review: How I Met Your Mother Season 8 Episode 24