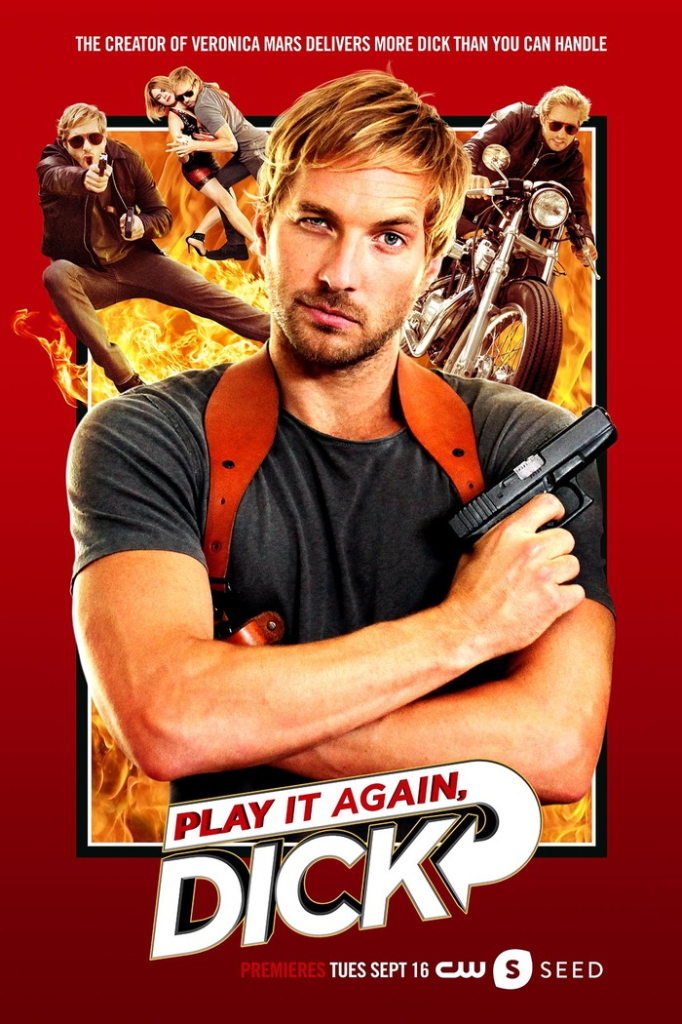 We’re big fans of Veronica Mars here at the Spoilist, and the work of its writer and creator Rob Thomas. While another adventure for the super-smart private eye with a heart of gold might be some way off, fans can enjoy the somewhat meta spin-off Play it Again, Dick created specifically for the CW’s online content channel. It stars Ryan Hansen as himself trying to get a spin-off starring his frat boy character Dick Casablancas as an improbable Private Investigator. Hansen starred in all three series of Veronica Mars in the supporting role of generally nasty high school jock and best friend of Veronica’s antagonist/lover Logan Echolls. The character broke out despite being deeply unlikeable most likely because Ryan Hansen is a genuinely charismatic online presence.There will be plenty of in jokes for fans of the parent show and appearances by the lead and supporting cast members including Kristen Bell, Jason Dohring and Enrico Colantoni as both themselves and their characters in the show within a show.

It just goes to show what an affection the cast have for the show itself and Rob Thomas that they come back together for a relatively minor project. It’s strange to think that a critical darling but mostly unwatched show like Veronica Mars has now become a franchise with a movie, series of novels and now an online spin-off. In the digital age, a small but loyal fanbase can really make a difference.

Play it Again, Dick is runs for 8 short episodes with a new one released every week and is available on CW Seed in the US, CTV in Canada and Rob Thomas promises all sorts in places around the world very soon.

Watch the trailer below

We’ve been down the link mines, collecting links to bring to you today.

It’s not long until we head back to Neptune