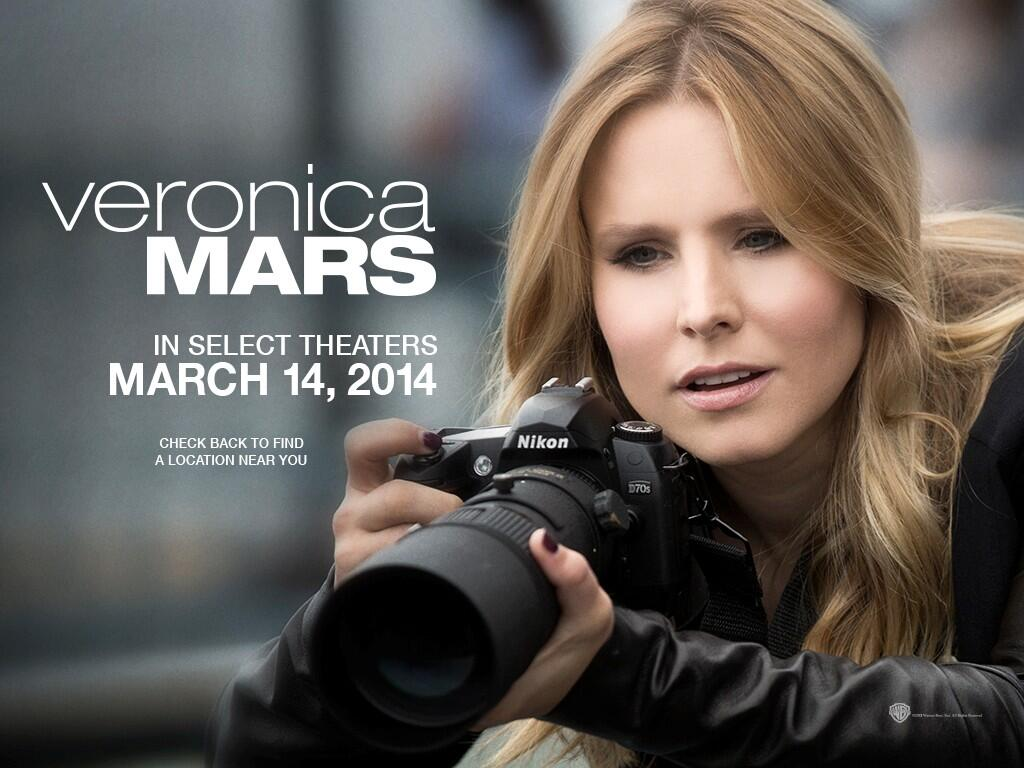 In case you missed it on the giant picture, Veronica Mars will be released on 14 March 2014 in the US at least. Veronica Mars is based on the television show of the same name which ran for three seasons on UPN and the CW before being axed because nobody watched it. However it was loved and has a pretty healthy fanbase around the world which helped fund this revival through Kickstarter, which seemed controversial to some given it’s being produced by a major studio.

Talking to Entertainment Weekly, show creator and film director Rob Thomas said, “Warner Bros. had this date circled for quite some time and hoped it would stay open. Luckily, no other teen detective movie decided to open in the middle of March.”

There’s no news yet of an international release but this film will most likely find most of its audience in the home video market.

Veronica Mars returns and it is most triumphant