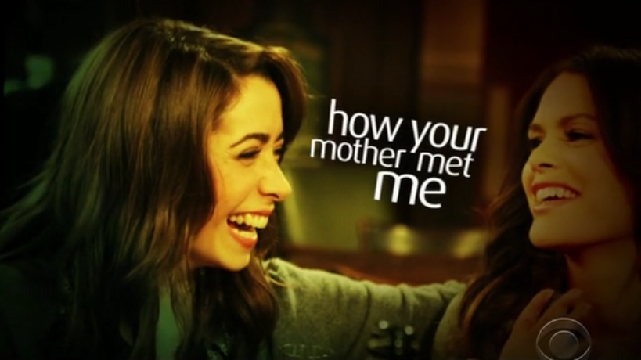 RECAP: This is the story about a girl with no name who loses her one true love, discovers what she wants to do with her life and eventually ends up playing with her band at a wedding at The Farhampton Inn.

REVIEW: Remember the best bits of Back to the Future II when they revisited the events of the first film from a different point of view? This is what this episode is aiming for and while it doesn’t quite reach those heights it’s a welcome break from the tedium of the wedding.

On the same night that Marshall and Lily got engaged we first joined Ted’s journey towards happiness, the girl with the yellow umbrella was celebrating her 21st birthday. Just like Lily, she was lucky and was already with the man of her dreams and hung out in a bar with her cool friends called McClaren’s on the other side of town. Then she got one of those phone calls nobody ever wants to get and didn’t think she’d ever find love again.

While we’ve watched Ted banging and endless string of women, his future wife has been dealing with heartbreak, avoiding relationships and working to achieve her dreams. While all her quirks play perfectly into Ted’s idea of the perfect woman, the contrast in these two characters makes it seem as though Ted isn’t a very nice guy.

It would appear the writers have noticed this too and do a little work to try and justify Ted’s behaviour. Remember the naked man? You know, Mitch from the season four episode ‘The Naked Man’ who takes off his clothes in women’s apartments in the hope that they have sex with him, which apparently they do two out of three times. Mitch was an old tutor of YUG at orchestra camp and all evidence suggests that he’s a nice guy; he teaches in an underfunded school and everything. But it’s New York, it just gets to you, turns you into, or at the very least gives you an opportunity to be, a creep. So you see, Ted isn’t a womaniser, he’s just been damaged by New York so you can forget all that stuff you didn’t like about him. But also don’t forget – New York is awesome.

It’s nice to see all the events where we’ve been told the mother was present from her point of view but it doesn’t really feel like vital information.  There were times when we were told she was there and now some cut scenes show that she was. Rachel Bilson’s return as Cindy is welcome because she’s an important part of the mythology but you have to question whether there really is a mythology now. It just seems like there should be more. Why has Ted told this big sprawling epic story to his kids? It seems like he could have just started at the wedding. There’s supposed to be some great connection like destiny lines crossing all over the place culminating in the perfect moment. It doesn’t really feel like that here and you wonder why he wouldn’t just start the story in Farhampton. Unless of course there’s another reason he’s telling this story now. After all, this episode introduces the idea that the love of your life might die.

The big success of this episode is increasing our knowledge of the mother. It’s a sad story and there is no doubting that she’s a highly sympathetic and likeable character and Cristin Milioti plays this impossible girl with charm and credibility. It also helps that she plays the ukulele. Who doesn’t love that?You just can’t help but feel she could be doing better than Ted.

If the episode had ended with Ted sitting on the balcony next to hers, listening to her singing La Vie En Rose that would have been perfectly fitting but this is wedding weekend so we have to move the story on. Barney’s disappeared and he’s drunk. Has he run away? Has he been kidnapped? Is he in the bathroom? Who cares because we know he makes it to the wedding anyway.

The Mother: Hi Max, it’s me. Sorry to interrupt. I know you’re probably up there playing baseball with your dad. Look, I’ve got a situation here. I think that I have been holding myself back from falling in love again and I think it’s because I can’t let you go.  But you’re not here anymore so I have to ask this. Would it be okay if I moved on?

Old Ted: Kids, I must have heard your mom’s rendition of ‘La Vie en Rose’ a million times over the years; every night when she tucked you in for instance but that performance, that first night I ever heard her sing – that one will always be my favourite.