What do you get when you combine time travel and romantic comedy? Yeah, okay you get Groudhog Day. Anything else? Yes, you also get Sliding Doors. But you also get the latest film from Richard Curtis, About Time and if it gets anywhere close to the genius of those films then it’s sure to be a winner.

The film stars Domhnall Gleeson as Tim, who has inherited the ability to travel through time from his father. He uses his gift to try and form the perfect relationship with Rachel McAdams’ Mary (she just can’t stop falling for time travellers).

Interestingly the poster is keen not to evoke any of the science fiction elements instead focussing on Curtis’ romcom past of Four Weddings and a Funeral and Love, Actually accompanied by the most generic photo possible. 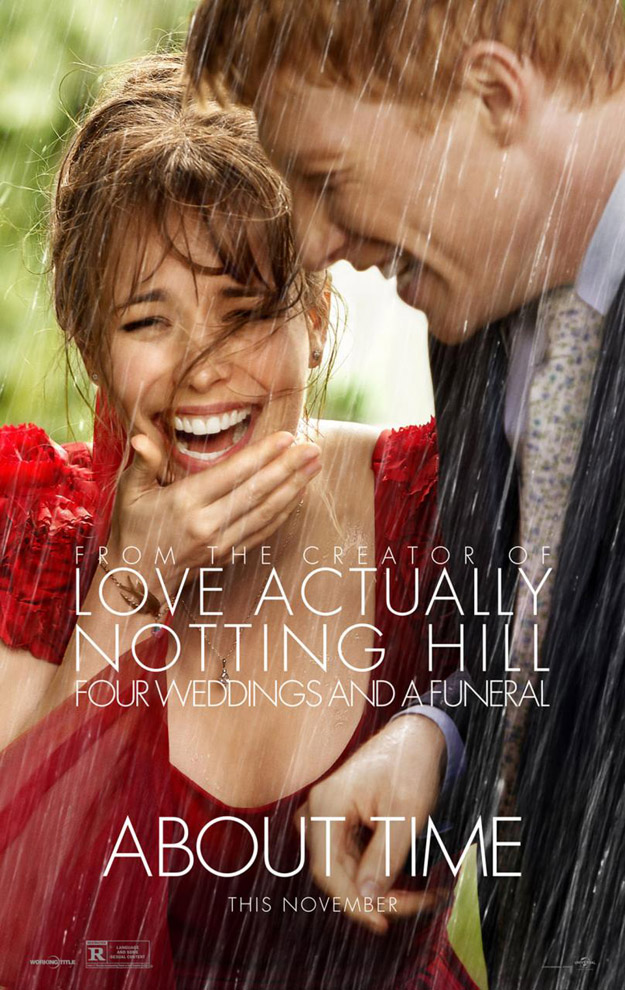 Do you still believe?

It really is a miracle