Based on the Dark Horse graphic novel by Peter M. Lenkov and directed by Robert Schwentke (The Time Traveler’s Wife) R.I.P.D. follows Ryan Reynolds’ slain cop as he joins the Rest in Peace Department teaming up with Jeff Bridges’ veteran in order to solve his own murder and track down his own killer. The film also stars Mary Louise Parker and Kevin Bacon.

Here’s the poster too since we love you. 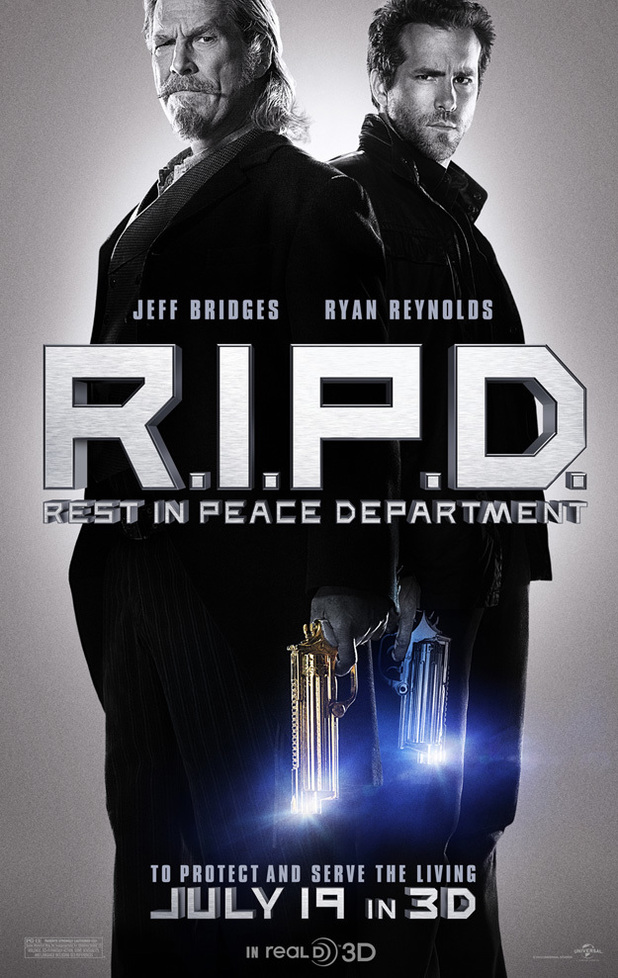 Seventh Son, purporting itself to be the first in a series of films based on YA series The Wardstone Chronicles, just hit the screens in the UK

From our archive: Looking at the impact of 1982’s TRON