The Minions are the break out stars of the Despicable Me films plus there’s the added bonus that they’re really merchandisable. Even if you haven’t seen the movies, the chances are you’ve seen these wide-eyed yellow creatures perhaps on a mug, cake or the T-shirt of a small child. Maybe you see them in your dreams and they chase you into the dark night; perhaps just in every room just out of the corner of your eye. Maybe you slip into a fever dream and wake up to find you’ve painted them all over your walls. What I’m trying to say is that they’re ubiquitous.

Anyway, they’ve made a spin-off especially to put on during long car journeys to keep children quiet. It’s an origin story going showing the minions through history, a bit like X-Men Origins: Wolverine but probably far more plausible. Sandra Bullock and Jon Hamm lend their voices in a film directed by Kyle Balda and Pierre Coffin. 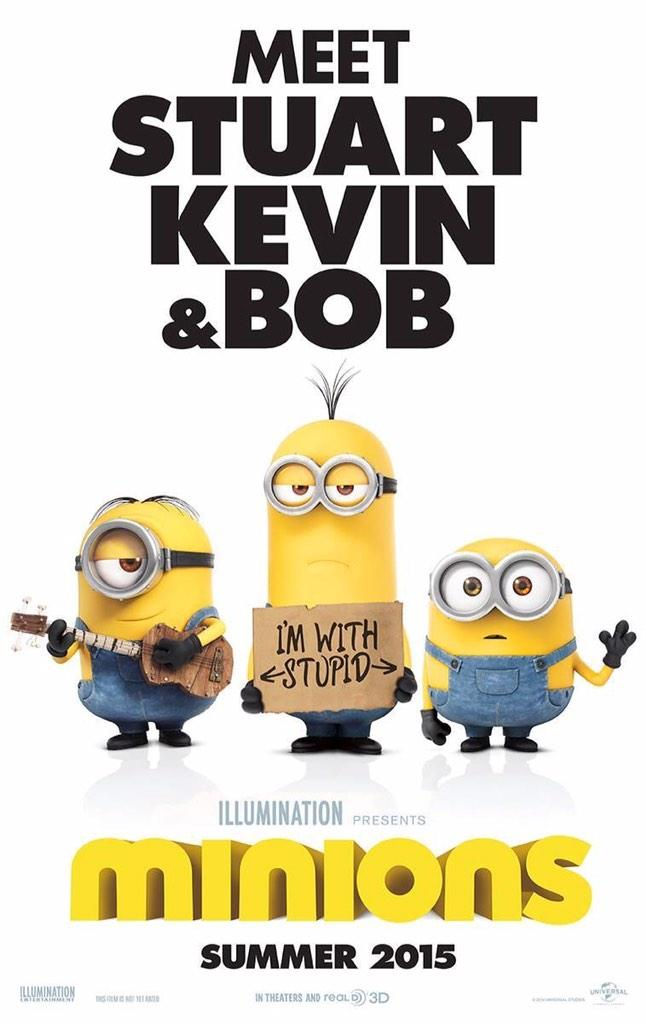