Earlier this year a website appeared proclaiming to be for a Bananaman movie. Was it real or some elaborate hoax mad up by the darkest corners of fandom? It seems it’s real and there’s now a poster too. That’s about all anyone knows. There’s no director, cast or anyone attached. The website indicates it’s a collaboration between publishers DC Thomson and Elstree Studios Productions. There’s certainly a nod to the cartoon series with the theme tune featuring on the website in the form of a stirring orchestral remix. 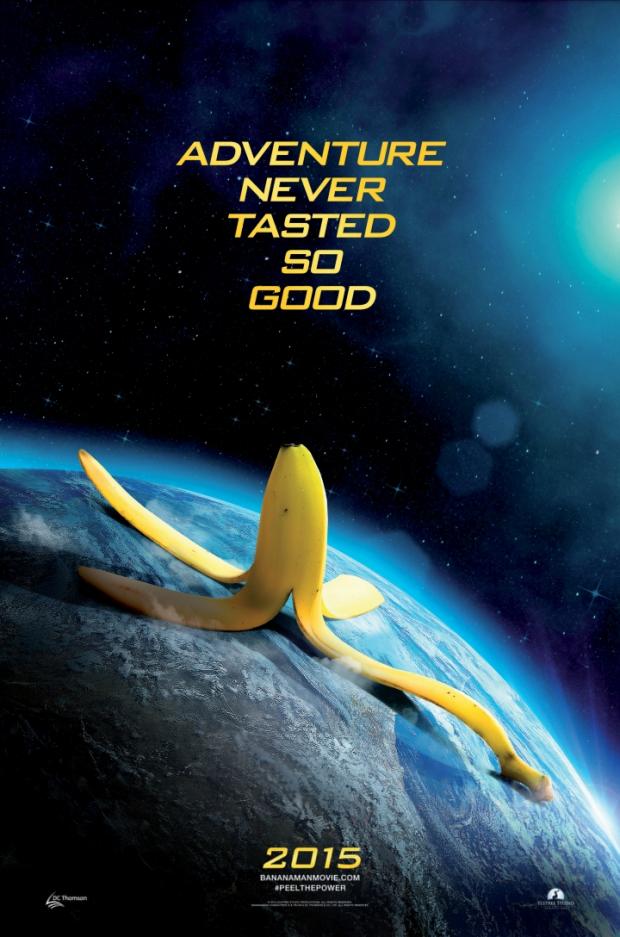 In case you aren’t aware, Bananaman was a comic book character who originally featured in the long defunct Nutty. He gained mass popularity in a cartoon series voiced by The Goodies – Graeme Garden, Tim Brooke Taylor and Bill Oddie. You can see the general set up from the opening titles below.

There’s a movie trailer behind the door, it’s time to open number 4