Look everybody, here’s a new poster for Batman v Superman: Dawn of Justice (no they still didn’t manage to workshop a better title). They’re staring at each other lovingly as though they’re in some kind of 90s romantic comedy while the placement of the tagline #whowillwin makes it look as though they’ll be having a very different kind of contest. Trying to build this up as some kind of battle seems a little redundant at this stage since they already revealed they end up working together in the last trailer. Ben Affleck, Henry Cavill, Amy Adams, Jesse Eisenberg and Gal Gadot star in a film directed by Zack Snyder. 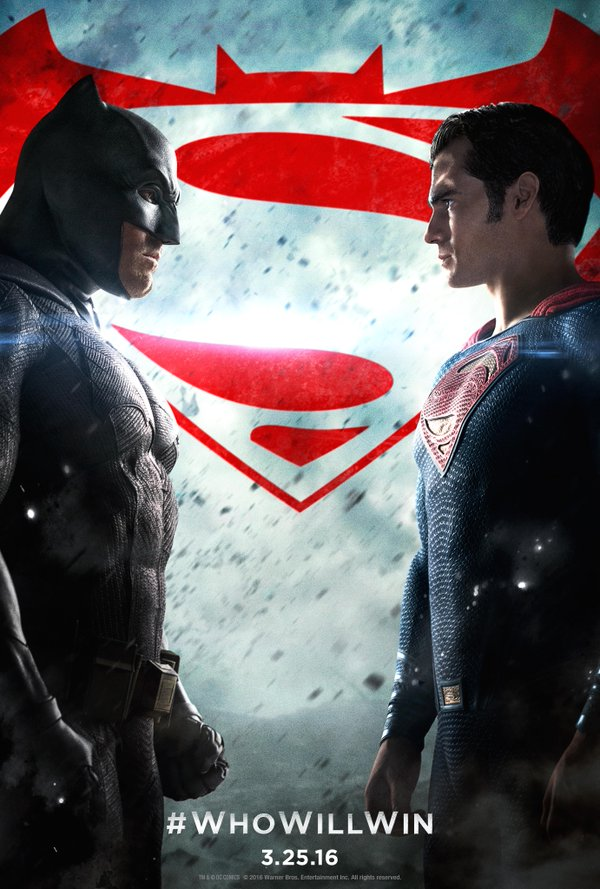 Batman v Superman: Dawn of Justice arrive to fight  to the death on 25 March 2016

From the director of District 9…but not Elysium, never heard of that guy

Here’s a lovely poster for Agent Carter, the new TV show from the Marvel Cinematic Universe