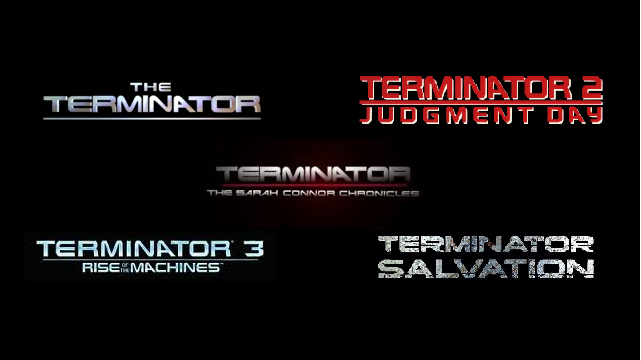 Terminator is a franchise. There’s no real getting away from it. There are five films out there bearing the name and even a TV show that ran for two whole seasons, along with a theme park ride and an insane array of merchandise. The thing is, there’s really no compelling reason for most of this Terminator content to exist. The first film is like a perfectly executed short story. It has a beginning, middle and an end with a satisfying twist. It delivers far more than a science-fiction horror movie should. That James Cameron managed to create a compelling sequel and expand the story is a miracle. That nobody else realised this was an exception and not a rule was total folly.

The creation of a franchise is the movie producer’s dream. We have moved far beyond the star system. It no longer really matters what actors are recognisable to the general audience; it’s all about the pre-sold brand. Relatively unknown performers can headline large properties like Andrew Garfield in The Amazing Spider-Man or Garrett Hedlund in Tron Legacy and people still turn out in large numbers because these films are part of something bigger and more familiar. Audiences like the comfort of the familiar and it would be foolish for those who make movies not to give the people more of what they want.

It’s difficult to create these money spinners from scratch. Movie studios have never really been too creative in bringing brand new worlds to life relying instead on adapting existing properties. For every Star Wars there are ten more Hunger Games. Movies are expensive and risk should be minimised. Feed the audience what they want and they’ll come to you. They know what they like because they’ve seen it all before.

The original Transformers cartoons existed solely to sell more toys and the films are equally as cynical a creation: people know the toys, they’ll therefore see a movie with them featured and then even more toys are sold. That’s why apparently insane movies like Battleship get commissioned, as if some game involving plastic pins is something so beloved that people want to consume content based upon it.

Today The Terminator isn’t really a film any more. It’s a recognisable brand. Even if most people haven’t seen the original (and with it’s rating, much of the target audience for the new film shouldn’t have done so) they’ll know what “come with me if you want to live” means and recognise Arnie in his leather and sunglasses combo. Through the pressure cooker of pop culture, The Terminator has been boiled down to a catchphrases and outfits and reconstituted into an easy digest, family friendly sludge.

That’s a real shame because The Terminator is a brilliant film. It delivers on character, action, horror and even manages to do the almost impossible with a satisfying time travel plot. The sequel is equally highly regarded, building upon the mythology and characters of the first film and moving their journey forward in a believable way. While the first film delivers low-budget horror thrills, Terminator 2: Judgement Day is a summer blockbuster featuring outstanding action and the some of the finest special effects ever committed to screen, but keeping a tense undercurrent of horror.

Terminator 2 has no right to work as well as it does. If it were pitched now, it would be dismissed for being twee – child learns more about humanity by making friends with a machine but with added violence. It could be horrible but James Cameron is no ordinary director. Whether you are a fan of his work or not, he is a visionary and creates motion pictures that audiences want to see again and again.

Despite its successes, Terminator 2 breaks a rule set-up in the first film. Let’s consider this line of dialogue spoken by Kyle Reese:

“We’d won. Taking out Connor then would make no difference.  Skynet had to wipe out his entire existence.  We captured the complex. Found the…whatever it was called…the time-displacement equipment. The Terminator had already gone through.  They sent two of us to intercept, then zeroed the whole place. Sumner didn’t make it.”

Time travel was a single trip; a one-time deal. It was the final act of a now-finished war. That helps reconcile the predestination paradox that lead to the birth of John Connor. Once you start with more than one time machine and multiple journeys into the past, you make Skynet all powerful and it invites more questions than can possibly be answered. Why not send an army all the way back? How do the resistance manage to track every Terminator sent back? Why don’t the Terminators leave a guard? Why don’t they go back and romance great grandma Connor instead?

Terminator 2 manages to skirt around this problem with its opening voiceover.

“Skynet, the computer which controlled the machines, sent two terminators back through time.  Their mission: to destroy the leader of the human Resistance… John Connor.  My son. The first terminator was programmed to strike at me, in the year 1984… before John was born. It failed. The second was set to strike at John himself, when he was still a child.”

This doesn’t quite fit with the previously established events but we let that go because for the duration of the film itself, it works. But by this account they sent two Terminators back through time and then the machine was definitely destroyed right? Until  the third movie – Rise of the Machines – when another Terminator arrives in 2004 to start killing members of the Resistance before they can join. In this film, the timeline has changed since Judgement Day never happened so who knows whether they had already won the war or not or whether they even destroyed the time machine or if Kyle Reese ever got the chance to go back. If that’s the case then John Connor really shouldn’t exist. Are you still following?

Basically making time travel anything other than extraordinary ruins everything and raises more questions than it can answer. Something the Genisys scriptwriters probably thought about for a really long time before asking “who cares?” and snorting several lines of coke.

That’s an in universe problem and not something that will bother the average movie-goer, according to the focus groups anyway. Another thing that won’t bother them is that T3 is a slightly less stylish version of Terminator 2. People just love the familiar, but really after three films with basically the same plot, you have to wonder if Skynet is really that smart. This is the problem with the entire franchise. Once you’ve told that story of a machine travelling back in time to kill someone before they were born, where do you go? Is that then the format of every film? You can’t keep reliving past glories but in the case of Terminator, that is THE story.

Terminator 3: Rise of the Machines isn’t actually a bad film. It’s perfectly serviceable but it doesn’t do anything new. In fact, throughout the events evoke a better film and you are constantly reminded how much Linda Hamilton is missed. Nick Stahl does a lot of the heavy lifting and is a decent John Connor, but up until this point Sarah Connor was the focus of the films and without her, there’s just no heart.

Rise of the Machines actually did one thing right, and moved the plot forward with its shocking ending. It takes the next logical step and begins the war with the machines. John Connor now must stop running and become the leader that the sweet kid and lost adult never seem destined to become. It forces the franchise to become less about time travel and more about the war, but that’s not what the films were ever about – not really.

The war against the machines was there in the background as a threat but any depiction can never live up to the imagination. Cameron knew this and the flashes we see in both films are far more powerful than any full war film could be. Similarly, John Connor can never live up to being the messiah of mankind. How do force a child into becoming a soldier? Can you escape your destiny? Those are the interesting questions surrounding the character and the ones addressed in the best non-Cameron Terminator project – The Sarah Connor Chronicles. With more time to tell the story on TV, that show was able to address interesting science-fiction ideas and explore the idea of alternate timelines, but at its core it was about Sarah Connor, trying to be a good mother while preparing her son to become something he didn’t seem to be.

Once these characters meet their “destiny”, the journey is over.  There’s no satisfactory way to show him as a saviour, as McG’s Terminator Salvation perfectly demonstrated.

Salvation should be applauded for attempting to do something different with the series. It actually broke the format set up in the previous films. However, the director was either insecure about it, or just obsessed with paying homage so he threw in every single piece of iconography so you get Kyle Reese’s jacket, Guns ‘n’ Roses singing, Linda Hamilton voiceovers, crawling Terminators, and Arnie, for a brief moment. Also he somehow managed to create a film some so unfocussed that it appears to have no protagonist and two concurrently running B-plots.

Maybe you could make a decent attempt at telling different stories with new characters within the universe. It perhaps didn’t help the franchise that James Cameron lost the creative rights to the films, selling them for a dollar in order to get the first film made. They’ve been passed around a number of companies, from Hemdale to Carolco, briefly to C2 Pictures and then to The Halcyon Company before coming to Megan Ellison’s Annapurna Pictures and then getting passed onto Skydance Pictures. New copyright laws mean that the rights will revert to Cameron in 2019 when perhaps he’ll be done with Avatar but he will most likely never make another Terminator film. If he did, it surely wouldn’t be another time travel chase movie.

Time will tell and it seems no one else really knows how to handle Terminator without going back to Cameron’s well and repeating the same thing over again, as if to prove the point that there’s nothing left at the bottom of the barrel. Terminator Genisys goes right back to the start and brings the franchise full circle. It’s back to where it all began with Sarah Connor and Kyle Reese, revisiting the events we’ve seen before with a glow of nostalgia and no clue where to go next. It’s an echo; a reminder of something that we all remember was great, but sadly we can’t travel back in time and we can’t get that feeling again. Sarah Connor has to stop Skynet once more and face increasingly bizarre circumstances. Remember when she was a waitress? Now she’s a teenage badass with superior fighting skills.

It all comes back to the first film. That’s The Terminator story and it was finished. Beginning, middle and end. You can’t keep retreading over old ground because after a while, all that’s left is a hole and the audience will be left staring into it and contemplating the abyss of diminishing returns.

He’s back, only this time he should know better.