You wait ages for any sign of footage of a new Fantastic Four trailer and then you actually get to see some of this special effects heavy movie once the footage has been completed. Amazing! For all the chat that this film has taken Marvel’s first family in a new direction, this second trailer actually makes it look like a pretty faithful version of the characters. This is clearly inspired by the Ultimates version with a parallel universe replacing the original cosmic radiation as the cause of the transformation but all that makes the Fantastic Four who they are seems present and correct.

You have Reed Richards (Miles Teller) , all round genius (often a total dick) and he gets himself some super elastic powers. Johnny Storm(Michael B Jordan), cool dude who ends up getting all hot. Sue Storm (Kate Mara), who has trouble being seen in the workplace, and Ben Grimm (Jamie Bell), muscle man turned Rock Monster.

Chronicle director Josh Trank is at the helm, and hey it isn’t a found footage film like all those internet rumours suggested. It’s almost like those are unreliable.

If you want something pretty for your wall, there’s also a new poster. 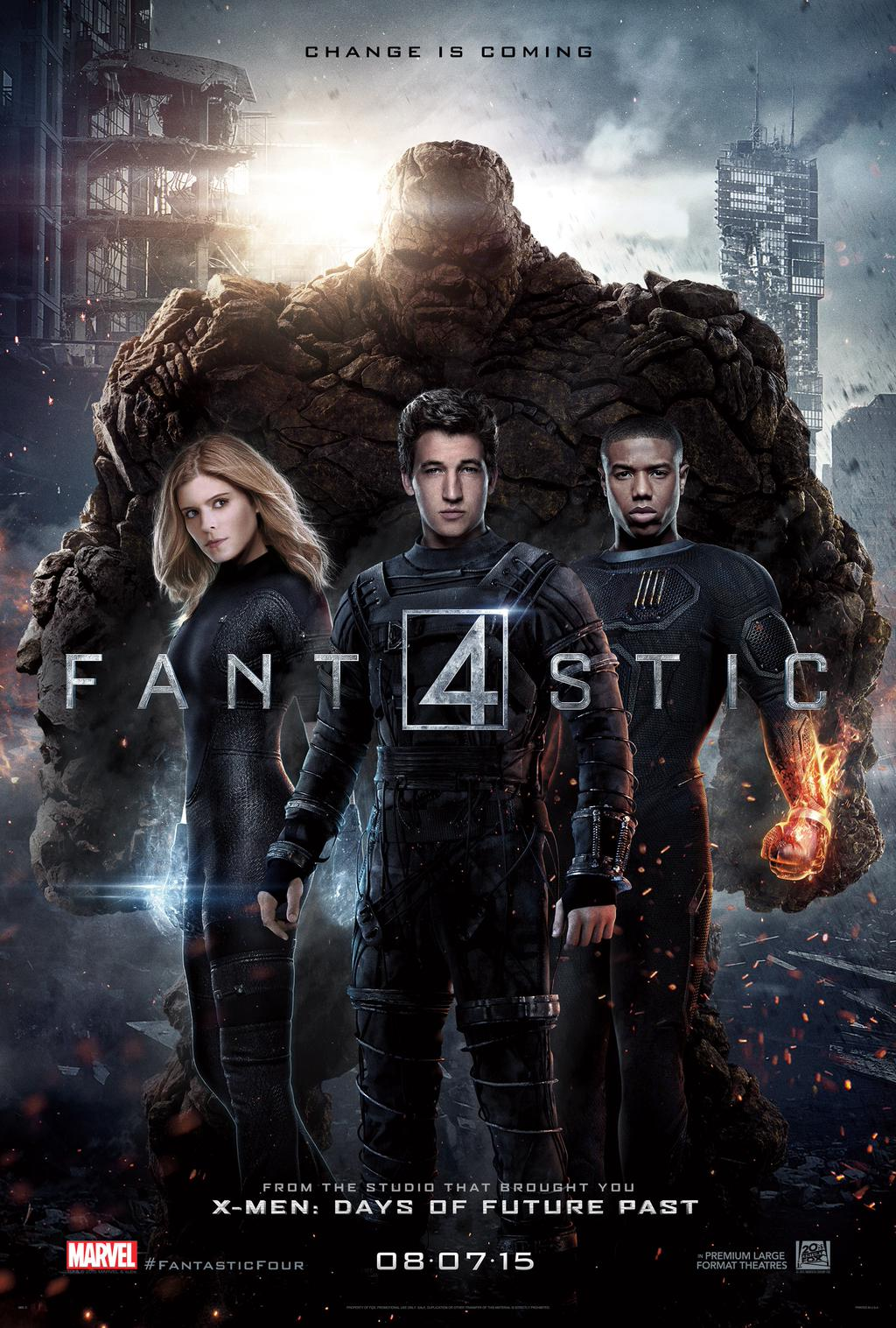