In the dark days since 2012, you’ve probably been thinking to yourself: “whatever happened to that Snow White and the Huntsman follow up?” Well wonder no more as the first trailer arrives for The Huntsman: Winters War, a prequel/sequel which appears to have taken some inspiration from The Snow Queen, but that would never be a success on the big screen surely.

Some might say that it says a whole lot about Hollywood that a female-led franchise has been retitled to work around the male supporting character AND that the female lead has been replaced following a sex “scandal” but we couldn’t possibly comment. Despite the lack of Kristen Stewart as the once titular Snow White, there’s an excellent female cast with Charlize Theron returning as Evil Queen Ravenna with Emily Blunt joining the cast as Ice Queen Freya and Jessica Chastain leading the fight against their evil with Huntsman Chris Hemsworth. There’s a British flavour to the supporting cast with Nick Frost returning and joined by new dwarves played by Rob Brydon and Sheridan Smith.

The director is Cedric Nicolas-Troyan, who served as the visual effects on the first film, taking the helm from Rupert Sanders who curiously hasn’t worked a whole lot since the first film.

There are some rather nice character posters too featuring the unfortunate, non-photogenic cast. 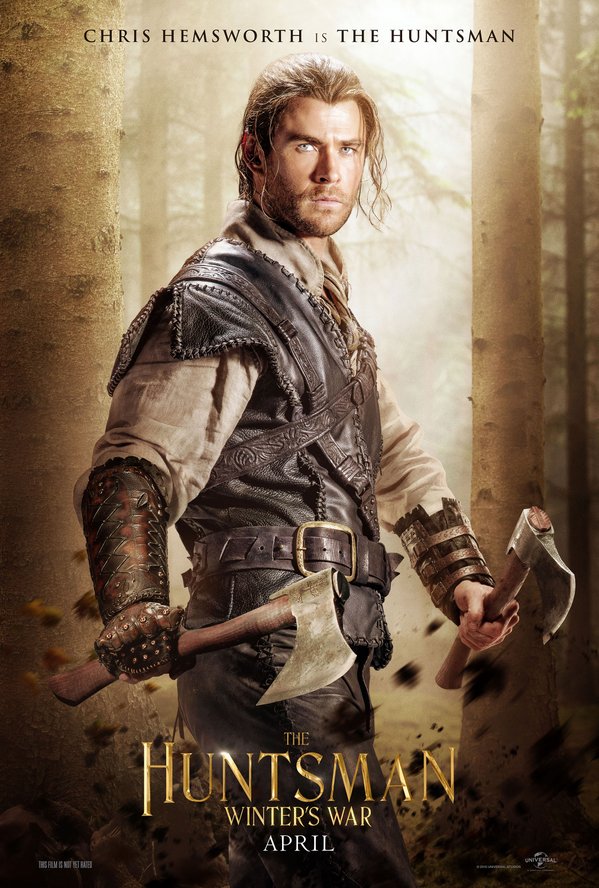 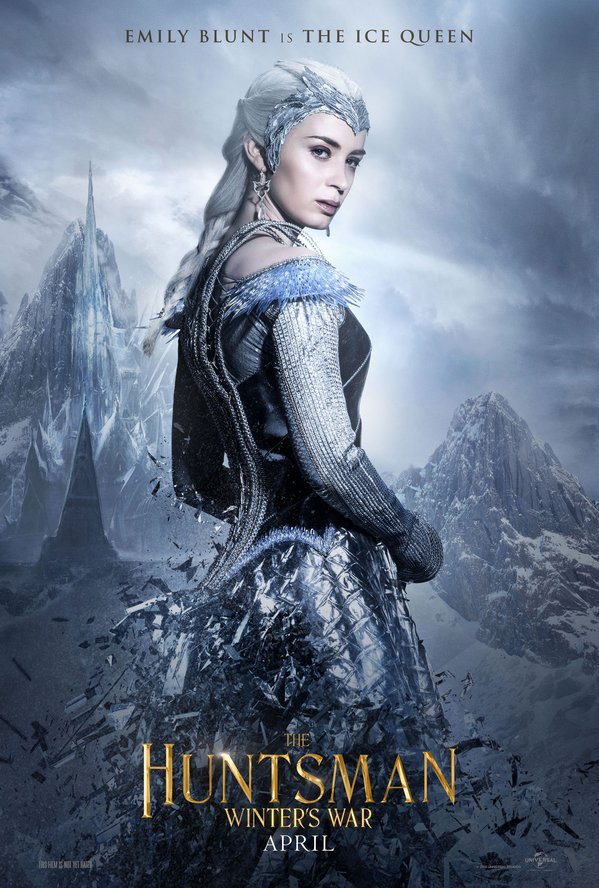 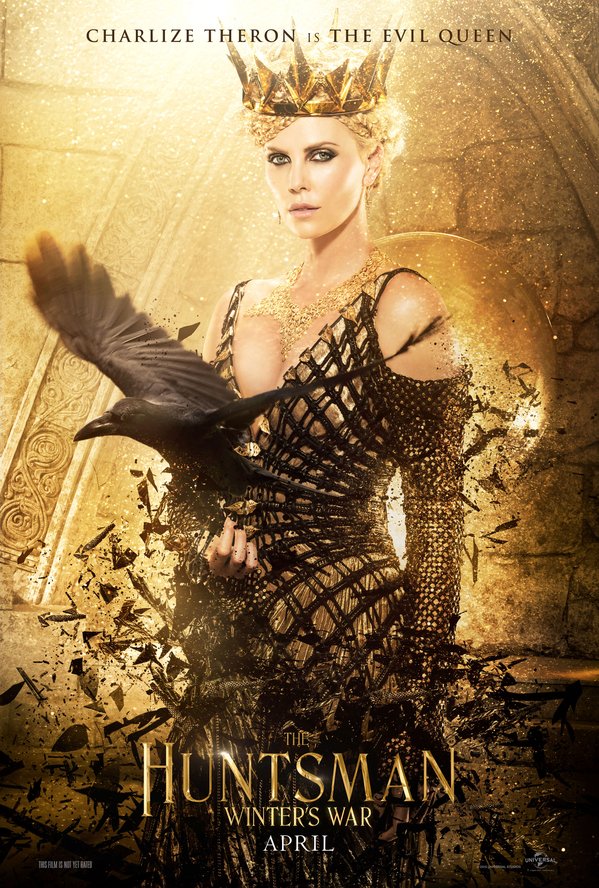 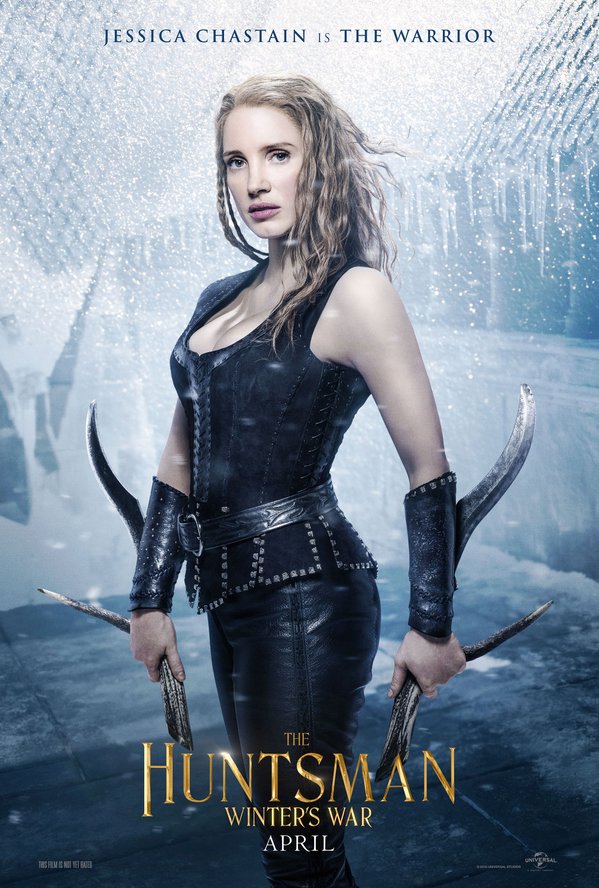 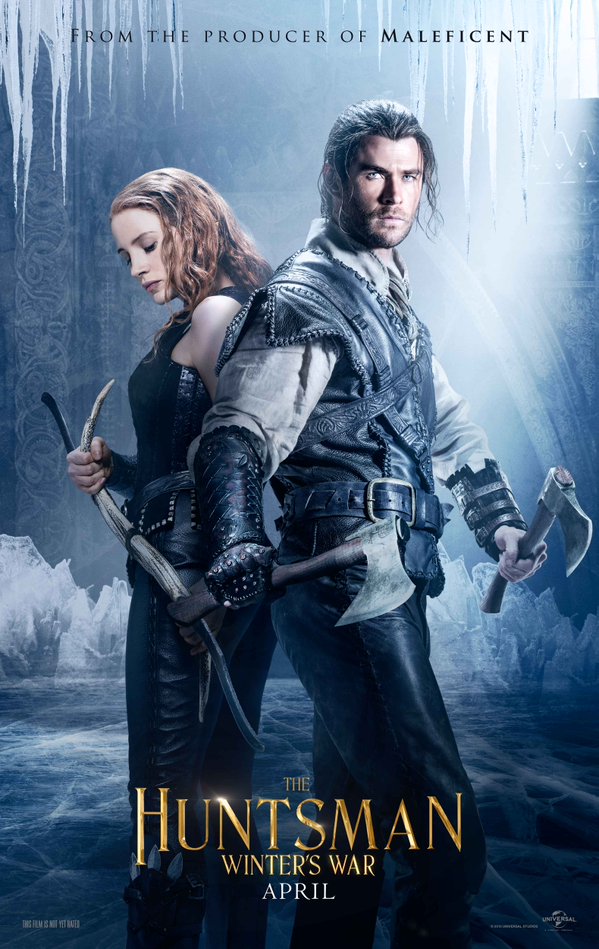 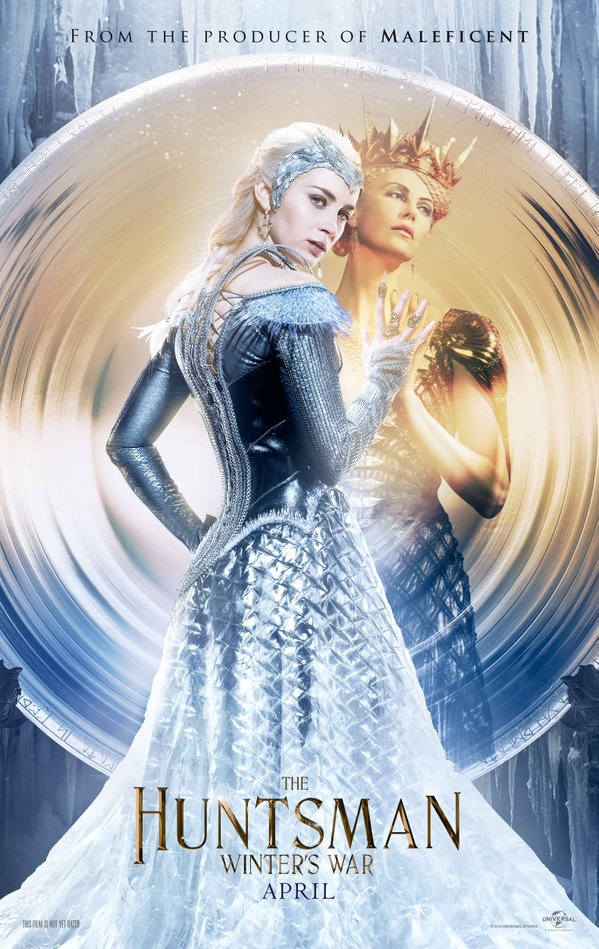 “If it’s the Snow White tale you’re looking for, discover the story that came before.”