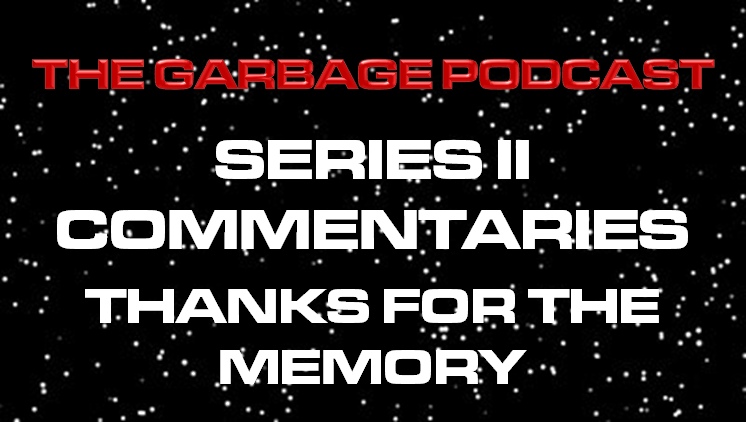 In this edition of our continuing celebration of Red Dwarf’s silver anniversary, we mark the 25th anniversary of the initial airing of Thanks For The Memory with our latest commentary for the episode. While Series II starts to expand the scope of the show, this episode sees Rob and Doug conducting another character study as was more common in Series I. The audience are asked to think serious questions of both Lister and Rimmer’s attitudes and outlooks, and in doing so themselves we see the characters becoming friends in a way that seemed so inconceivable in the previous series.

Is the gift of memory a kind one? How long does it take to do a jigsaw when you’re drunk? And is it possible for a sandwich with egg in to ever be wrong? Join Alex, James and Andrew as these piece these issues together in their look at this underrated classic.