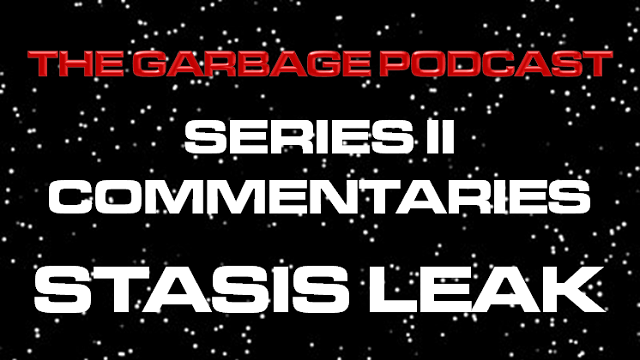 In this edition of our continuing celebration of Red Dwarf’s silver anniversary, we mark the 25th anniversary of the initial airing of Stasis Leak with our latest commentary for the episode. With this episode, we see the show developing it’s own mythology to expand the types of stories we can have and allow us to have the original crew of the ship back again. It’s the last occasion that we’ll see this until Series VIII and the last time we’ll see Kochanski until Series VI, and as such this episode almost acts as a goodbye to that element of the show. This episode also sees the crew playing around in time once again this series, and it’s something that will continue throughout the shows run, doubtless due to the success of its use in episodes like this.

Would you say being woken up to find everyone you know has died is romantic? Why are the ship’s doctors try to treat a mental breakdown with a blood transfusion? And why don’t we spend more time talking about what is clearly the most interesting thing about the show; the corridors? Everybody loves a good corridor. It’s the corridors that really make or break a show. So join Alex, James and Andrew for some fascinating corridor discussion, corridor analysis and corridor comparison in this week’s Garbage Podcast. And did we mention the corridors?