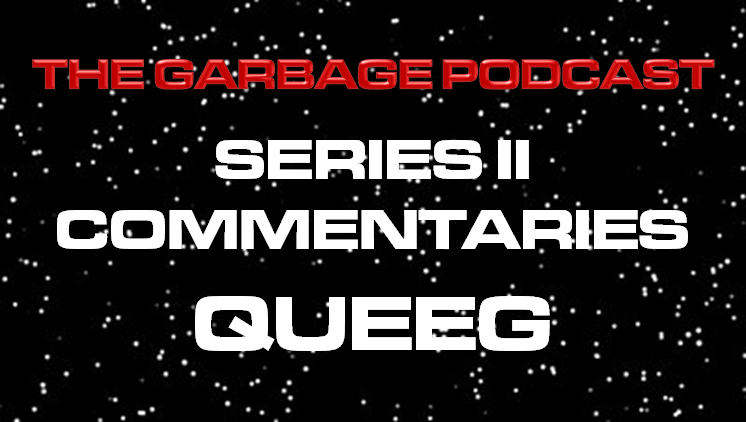 In this edition of our continuing celebration of Red Dwarf’s silver anniversary, we mark the 25th anniversary of the initial airing of Queeg with our latest commentary for the episode. This fan favourite sees Holly shine with an episode devoted to his character. While we would see this again to a certain extent in White Hole, this is the episode where Norman’s incarnation of the character is arguably at it’s best, and manages to create some of the most fondly remembered lines of the series.

Why does this Holly seem so removed from the pop up pun machine of the later series? Can you feel for Veale? And with such a good episode, why are we seemingly just talking about Series VIII and the remastered project here? Join Alex, James and Andrew as they avoid addressing all the relevant issues in this week’s Garbage Podcast.