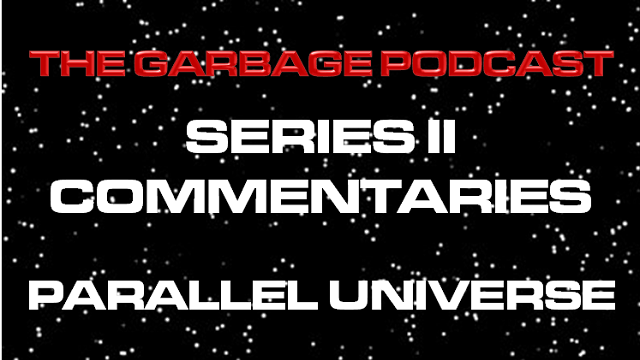 In this edition of our continuing celebration of Red Dwarf’s silver anniversary, we mark the 25th anniversary of the initial airing of Parallel Universe with our latest commentary for the episode. In a Series of incredible highs it seems somewhat strange to go out on an episode that is generally the lowest ranked of the series in most people’s opinions. One of the reasons often cited is the questionable sexual politics of the show; a criticism that will come up more than once over the course of the Red Dwarf’s ten series. But are we too harsh on this episode? It could be argued that it has something of a reputation that it doesn’t deserve, but equally it’s not unfair to say that in this case the problem with it more to do with the writing rather than the concept.

Did anyone buy the Tongue Tied VHS anywhere other than in Poundland? Just what is the female equivalent of a big banana? And are 3 middle class males really the best people to be discussing the subject of sexual politics without descending into euphemism? Join Alex, James and Andrew for a long hard look at these topics as they try to penetrate the last episode of the series in this week’s Garbage Podcast.