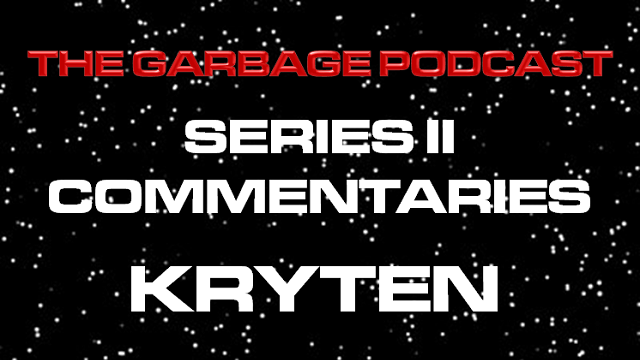 Back in February we marked the 25th anniversary of Series I with a series of commentaries for each episode, and with today being 25 years since the start of Series II it seemed only fitting to do this series too. So, just as with the last series, there will be a new episode of The Garbage Podcast for every episode of Series II released on the anniversary of each episodes’ initial airing. This first edition takes a look at Kryten and ponders just how much has changed in the 6 months between this series and the first, as well as thoughts on the introduction of what would become one of the show’s best loved characters.

Does this episode contain the single worst effect in the show’s history? Can you really liven up any set with an inflatable banana? And just which of the cast is wearing a secret merkin? These libellous topics and more are discussed as Alex, James and Andrew look at the start of a series that sees the show taking far more confident steps and showing signs of what it will become.