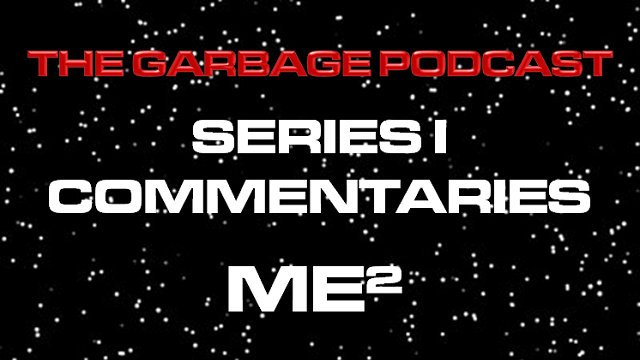 25 years on from the initial airing of Me², The Garbage Podcast mark the silver anniversary of Series I’s close with our commentary for the episode. Considered by many to be the best episode of the series, Me² sees the show pick up on the psyche based threads of the previous episode and runs with it. It also shows Rob and Doug writing with the actors in mind for the first time, due to the episode having been written after rehearsals. Certainly, it sees the series go out on a high and provides an interesting insight into the direction the show was to take in future runs.

Does the series go out on a high? Does the Gazpacho Soup revelation mark a change in the way we view Rimmer? Is the editing of this podcast putting Alex on the verge of a breakdown? And when given the opportunity, is this podcast starting to turn in to a worrying copy of AIOTM (aiotm)? The answer to all of these questions is a more unanimous yes than if you asked Rick Wakeman what progressive rock band he was in, if he enjoys eating curry while wearing a wizards cape and if he is prepared to be grumpy about anything for the right price. Alex, James and Andrew discuss this and more as they take a look at the last episode of Series I.