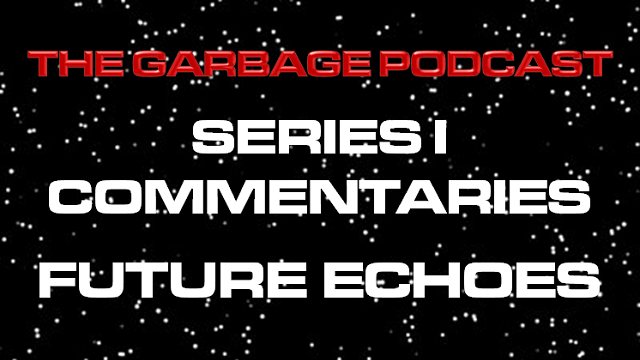 In our continuing celebration of Red Dwarf’s silver anniversary, The Garbage Podcast mark the 25th anniversary of the initial airing of the show’s second episode with our commentary for Future Echoes. Often considered to be the strongest episode of Series I, Alex, James and Andrew take a look at the point when the show moved to proudly wearing it’s Sci-Fi credentials on it’s sleeve.