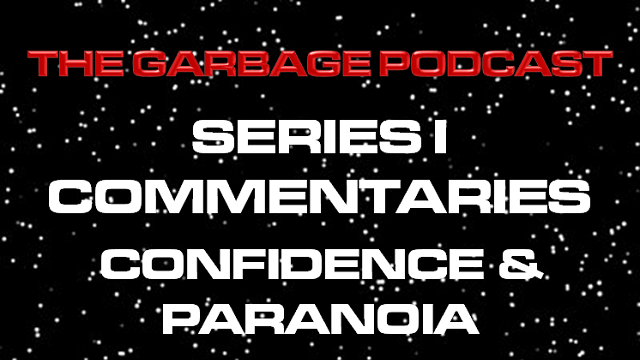 In this edition of our continuing celebration of Red Dwarf’s silver anniversary, we mark the 25th anniversary of the initial airing of Confidence & Paranoia with our latest commentary for the episode. With the last two shows of Series I, Red Dwarf really takes of as the writers and actors have eased into the show more. This also marks the start of what would be come a recurrent theme in the show; the exploration of the psyche. With a lack of outside influence to turn to, Rob and Doug instead have their characters look inward and we start to really get a deeper analysis of what makes them tick. In this episode, it’s Lister that we get under the skin of, finally starting to see what holds him back and why he never made any attempt to fulfil his dream with Kochanski when she was still alive.

Was a manifestation of the psyche an inevitability in a sci-fi comedy? Why did Rob and Doug keep coming back to it? Does Rimmer have Lister’s best interests at heart? And just who likes short shorts? (Spoiler: Chris Barrie fans like short shorts.) Literally some of these questions will be answered as Alex, James and Andrew take a look at a highlight of the first series.