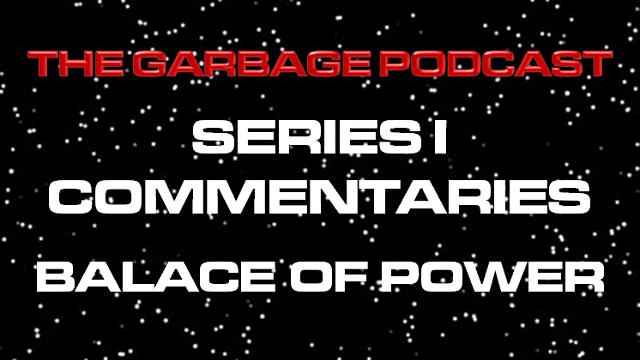 In this edition of our continuing celebration of Red Dwarf’s silver anniversary, The Garbage Podcast mark the 25th anniversary of the initial airing of the show’s third episode with our commentary for Balance of Power. After dipping their toes deeper into the sci-fi with Future Echoes, this episode sees Rob and Doug bring the programme back to looking at the dynamic between the characters, specially in this episode Rimmer’s need to see himself as Lister’s superior.

Was this a better approach than the sci-fi heavy route? How does Rimmer’s death effect the dynamic between him and Lister? And just how questionable is it to have a good old gawp at a dead woman’s holographic breasts? Alex, James and Andrew take a look at these issues and more as they badly joke their way through to the end of the first half of Series I.