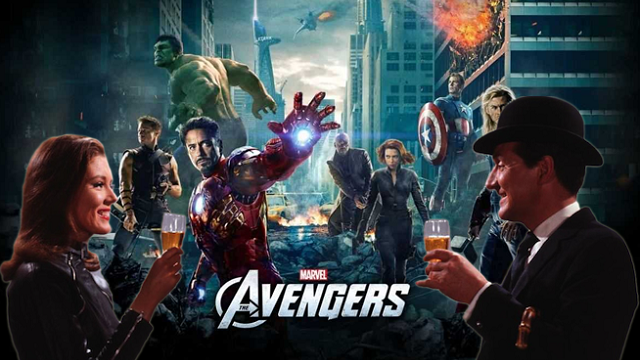 Despite the unsuccessful and unsatisfying cinematic take on The Avengers in 1998, it seemed Hollywood was too in love with the concept of 1961 British spy series to leave it there. When a reboot was proposed, it was decided that comic book powerhouse Marvel would add some 21st Century fizz to the project to help it appeal to a wider audience.

The result was sensational. The Avengers smashed box office records and drew much critical acclaim although many purists argued it never really captured the tone of the original series. Truth be told, much of the British charm of the show was thrown out with this re-imagining but despite that, the film managed to capture the spirit of the show.

Just as the Mission: Impossible film series dispensed with the original characters, this take on the franchise bypasses all the problems of the Ralph Fiennes vehicle by bringing in a whole new team. The John Steed figure is Tony Stark, a talkative fellow who enjoys flying around in a suit made of metal. He doesn’t quite have the charisma of Patrick Macnee (who does?) but he does a fairly decent job despite his status as a colonial commoner. It wouldn’t have hurt to see him in a bowler hat once in a while though. 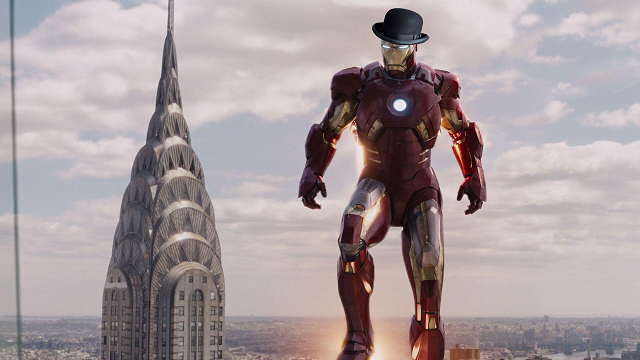 While in the series, Steed usually worked with one partner every week, from the early days working with Doctor David Keel to the classic era of fighting crime with Mrs Peel, the film goes with a more ensemble approach. The characters names may be different, there are definite nods to the show with Stark working with another Doctor, this one named Bruce Banner, and Scarlett Johansson’s character,Natasha Romanoff, is clearly a cypher for Mrs Peel. Indeed, there was a round of applause in the screening this reviewer attended when she appeared in the classic Avengers cat suit. 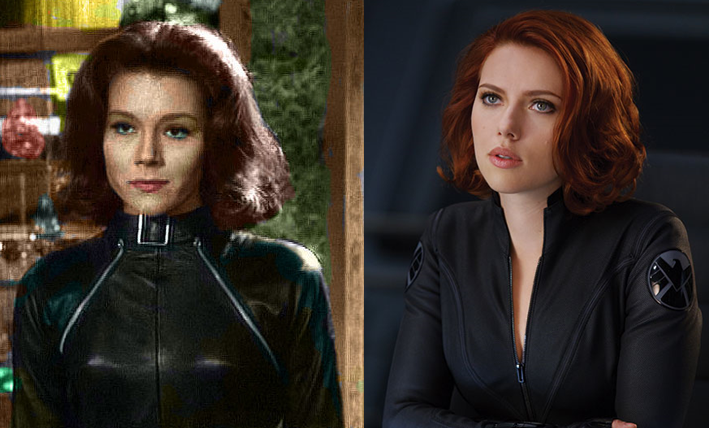 The villain of the piece is Loki, portrayed by British actor Tom Hiddlestone, to nicely tie it back to the show’s British origins. In one scene set in Germany, he appears in classic Steed garb and uses what appears to be an umbrella as a weapon. This is the film’s declaration of intent – this isn’t your father’s Avengers and they have no fear in tearing down the old icons. This isn’t dissimilar from the first Mission: Impossible film where hero of the TV series, Jim Phelps, is transformed into a villain. For the most part, this approach pays dividends.

There are some other sweet references to the classic show. John Steed was known for his love of classic cars and in one of the closing scenes Tony Star departs with his Doctor friend in a Honda Acura NSX. It’s not quite a Bentley but clearly shows he is a worthy spiritual successor.

In another scene, Loki tells Romanov she is a “mewling quim” and any classic Avengers fan could easily imagine this would be the sort of thing John Steed might have said to Cathy Gale during some flirtatious banter.

While the fantasy elements – like an angry green giant, aliens flying through the sky, and a bowman being part of a team of heroes – may seem irreconcilable with The Avengers of old, this film is cleverly holding a mirror up on the modern movie industry just as the old show did with television at the time. Who can forget such classic episodes such as ‘The Girl from AUNTIE’ or ‘Mission … Highly Improbable’? This film is simply gently mocking the silly superhero films of today, just as the show parodied the popular culture of the 1960s.

With the sequel coming out soon, it’s great to see so many people enthusiastic about The Avengers again, and if it directs them towards a box set of the classic series, all the better. Here’s hoping it continues for many films more.

Welcome to Level 7: New clip from Agents of SHIELD

Another 6 seconds of SHIELD