THE APOLOGIST: IN DEFENCE OF PROMETHEUS 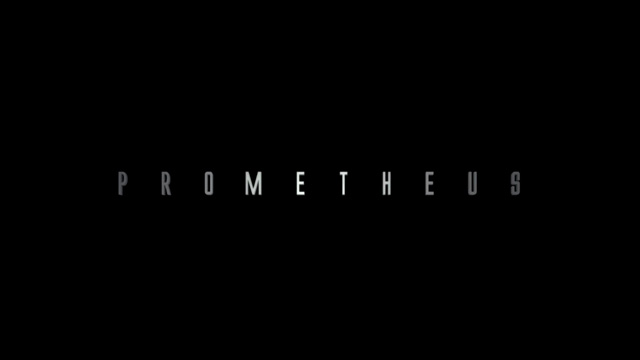 Watching the Alien: Covenant trailer was a weird, giddy experience for me.

The movie looked cool, no doubt. And I’m excited for its release. But it also gave me flashbacks to the 90s, when I’d pore over issues of Fangoria for any details on the latest Nightmare on Elm Street sequel.

No matter what roman numeral we were talking about, the song would always be the same. Robert Englund would talk about how they’d heard the disquiet from the fans, that this new sequel would be different, and that Freddy would be taken “back to his roots” with less wisecracks and more scares.

Like the sucker, that I was (and still am to some extent), I fell for it every time – only to be greeted with such quips as “how’s this for a wet dream?”, “put your pedal to the metal” and “no screaming while the bus is in motion”. Less wisecracks, my ass.

And, watching the Covenant trailer, I’d swear I heard Englund’s words again… but this time, spoken by Sir Ridley Scott.

“See? We’ve listened to the fans! No more esoteric debates about creation and human nature. This is an Alien film. With aliens! And blood! We’ve taken the franchise back to its roots!”

Hi. My name is Anotherfilmnerd. And I unashamedly love ‘Prometheus’.

Sure, it has its flaws. But it’s an ambitious, incredible looking film that explores some deep ideas, takes the Alien mythos in new directions and (I can not state this point enough) features Idris Elba singing.

The problem for many people was, they wanted an Alien film. And they believed that’s what they were getting – despite every effort made by Ridley and crew to lower expectations.

Unfortunately, every time Sir Ridley said Prometheus wasn’t an Alien film, and that it just shared its DNA with that series, people assumed he was being coy… when in actual fact he was trying to prepare audiences for the fact that this would not follow the template established by previous movies – it would be its own beast.

Which is a shame, because – when taken as a story that’s part of the same universe, if not the same franchise – Prometheus has a lot going for it.

Sure, it has a biologist dumber’n shit (but, to be fair, if I had searched my whole life for extraterrestrial life and had finally found it, I’d probably feel like playing handsies with the potentially life-threatening alien too… I’m impulsive that way) and a strong female character who’s too stupid to run in a slightly different direction even if it would mean not getting crushed to death (again, to be fair, I’m sure Charlize Theron had many a discussion with Sir Ridley about how running a few degrees to the right would actually be completely out of character and therefore unacceptable), but… it also has Idris Elba singing (I may have fetishes I’m only just coming to grips with… apologies. But it’s Idris. And he’s singing).

More importantly though, Prometheus attempts to ask some big philosophical question. Because Damon Lindelof is one of the writers, Prometheus doesn’t always attempt to answer those questions… but asking in the right way can go a helluva long way to make a movie interesting in my eyes.

– for any type of film – is a fascinating, intelligent exchange that helps make up for a lot of shortcomings.

Which leads me to the main drawcard of Prometheus: Michael Fassbender’s David. Easily the most interesting android from the Alien series to date and arguably one of the most fascinating characters in the entire franchise to date.

Fassbender’s David is a complex character – a mix of childlike curiosity, emotionless sociopath and almost endless disdain for the species that created him. It’s a fascinating mix that – in true Lindelofian fashion – offers up great moments worthy of scrutiny and debate. It also offers up plenty of moments that are needlessly cryptic (hello conversation between David and the Engineer), but… y’know what? I’ll take needlessly cryptic over needless, subtle-as-a-sledgehammer exposition any day of the week (and yes, David Ayer director of Suicide Squad – if you happen to be reading this – I am talking about you).

Also, in case I hadn’t mentioned it, Idris Elba sings. Which makes up for an awful lot – including geriatric Guy Pearce, which I cannot and will not ever defend.

In fact, my only real gripe would be the movie’s coda – the alien reveal – which appears to be a desperate, last minute addition to placate hardcore Alien fans that really doesn’t fit with the film that preceded it.

I’d rather see a movie that aims high and doesn’t always hit the mark like Prometheus, than a movie that’s content to be a pale imitation of its predecessors.

Even if I can’t get more if Idris Elba singing.

The Apologist – In defence of Avengers: Age of Ultron

Avengers: Age of Ultron has a pretty bad reputation in the pantheon of the Marvel Cinematic universe but there’s more to it that meets the eye, argues Matt Dennis.