This year’s Hunger Games movie focusses on someone called Jay who is going to be mocked, in two parts. Not really of course, it’s the continuing story of Katniss Everdeen (Jennifer Lawrence) who agrees to unify the districts of Panem in a rebellion against the tyrannical Capitol. It all sounds so dramatic.

The Hunger Games: Catching Fire grossed over $850 million so they’ve decided to split the final film into two parts so you’ll give Lionsgate even more money.  Mockingjay Part I will be released this November and to get you in a frenzy here’s a poster. It’s a jay and it’s on fire. 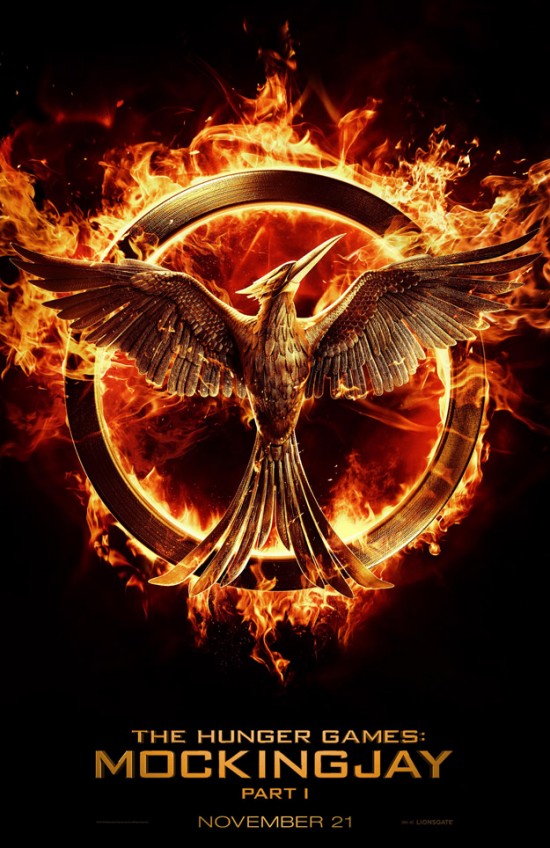 Here’s a new poster for Outlander

What if your future was the past?