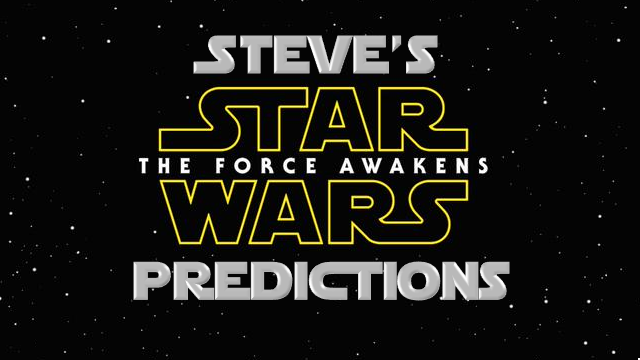 Here at The Spoilist, we’re not content to just watch a movie and be happy about it. No, what we like to indulge in, is massive amounts of idle speculations. Therefore, Star Wars superfan Steve was asked to come up with a series of  predictions about the new movie based on nothing but his amazing powers of deduction and proven psychic abilities*.

So what do you think? Is Steve right? Is your opinion about these things more valid than his? Have you ever seen the wolf cry to the blue corn moon? We’ll revisit Steve’s thoughts in the new year once all the hype and speculation has died down as part of a larger article about spoilers and speculation. May the Force be with you…always.

*Steve’s psychic ability has not been proven.

Set just before the events of Star Wars: A New Hope (1977) the Rebel Alliance discover that the Galactic Empire are planning to build a new ‘planet killer’ weapon, the Death Star and set out to retrieve the plans of the new battle station.