A new trailer and details have been released at San Diego Comic Con for Stargate Origins, a prequel web series set in the Stargate universe. The show will be a series of 10 minute episodes set in the 1930s following Catherine Langford, future founder of the Stargate program and daughter of Doctor Paul Langford who discovered the gate in 1928.

After 14 years continuously on air with 17 seasons and two TV movies across three shows, the Stargate franchise came to an abrupt end in 2011 with the cancellation of Stargate Universe.  At the time of the cancellation, MGM was facing a series of financial difficulties but Stargate remained one of their most valuable assets.

Attempts had been made to revive the franchise as feature films. Roland Emmerich, who wrote Stargate with Dean Devlin, wanted to continue the story from the movie in a new trilogy, while ignoring the vast TV continuity. It seems that the disappointing box office of their belated sequel to Independence Day has put those plans on ice, with studios unlikely to make the same mistake twice.

The new trailer uses footage from the feature film showing a young Catherine (Kelly Vint) as the site in Giza where the Stargate was discovered. In the film, an older Catherine, played by Viveca Lindfors, hires Daniel Jackson to translate the gate, leading to its activation for apparently the first time.

Catherine appears as a recurring character in Stargate SG-1, most notably played by Elizabeth Hoffman in the present day, but also by Nancy McClure in scenes set in 1945 and Glynis Davies in the episode ‘1969’ .You can find full details of the character in this excellent article over at Gateworld.

Previous Stargate franchise creative overlord Brad Wright will not be returning and the new 10-part series is set to be written by Mark Ilvedson and Justin Michael Terry, with Mercedes Bryce Morgan set to direct. With production set to begin next month, casting news should be imminent. It will be distributed through Stargate Command, a new subscription service hosting Stargate content.

Here’s a pretty poster too. 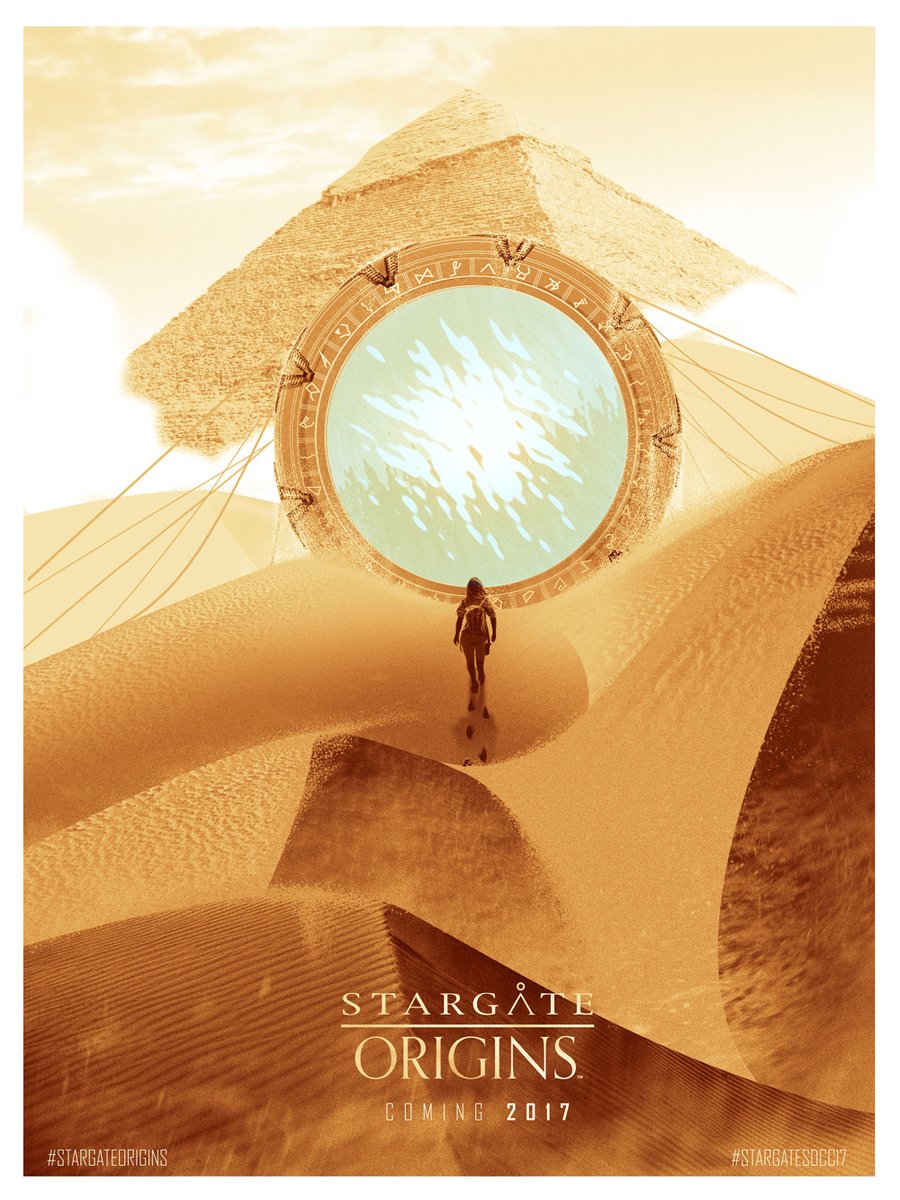 Discover the untold story… While it may not have the same high profile as the Star Trek franchise, Stargate churned 17 seasons of tipretty great mainstream sci-fi, action entertainment from 1997 onwards in the forms

Catherine, James and Wasif arrive on an alien world and fight off a scantily-clad yet powerful alien with unconvincing yellow eyes.