When a film shows on an IMAX screen, that means it gets special posters, just for those showings. Why this is the case, who can say. It might be just so that they can put IMAX in really big letters. This poster for The Force Awakens features Daisy Ridley’s Rey, once again highlighting her importance along with her trusty robot BB8 as they walk around a desert planet which everyone is hoping is Tatooine.  Many will flock to the large IMAX screens in order to enjoy the galaxy far far away in the best possibly presentation which should give a welcome boost as the film attempts to break all box office records. 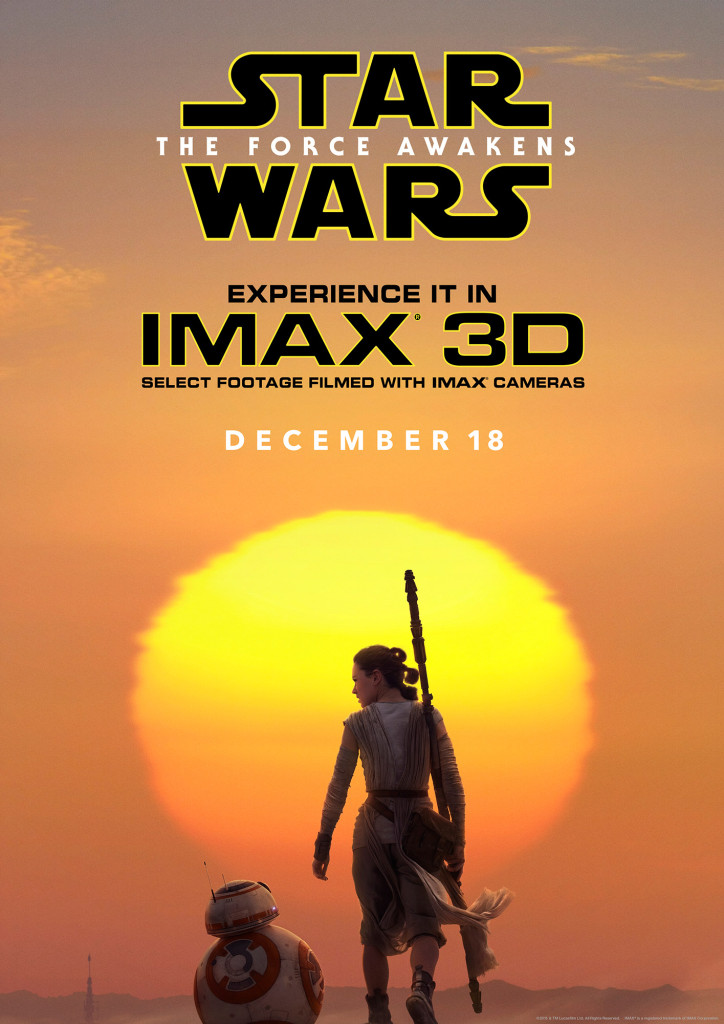 There’s also a lovely new 60 second TV spot which features a whole load of footage that we’ve already seen and also some exciting new footage for everyone to pick over.