Disney owns so many franchises now that it doesn’t really need to attend events like Comic Con, as it has it’s very own Expo for it’s fan club – D23 (named after the year the company was founded). It’s going to be a pretty big year for Star Wars apparently. They’ve only gone and made a whole new movie – Episode VII: The Force Awakens – which came as a surprise to everyone. They’ve even released a special commemorative D23 poster, just for attendees designed by Star Wars stalwart Drew Struzan. This image incorporates elements from the teaser trailers with an old Han Solo (Harrison Ford) as well as new protagonists Rey (Daisy Ridley) and Finn (John Boyega) and big bad (maybe) Kylo Ren (Adam Driver). 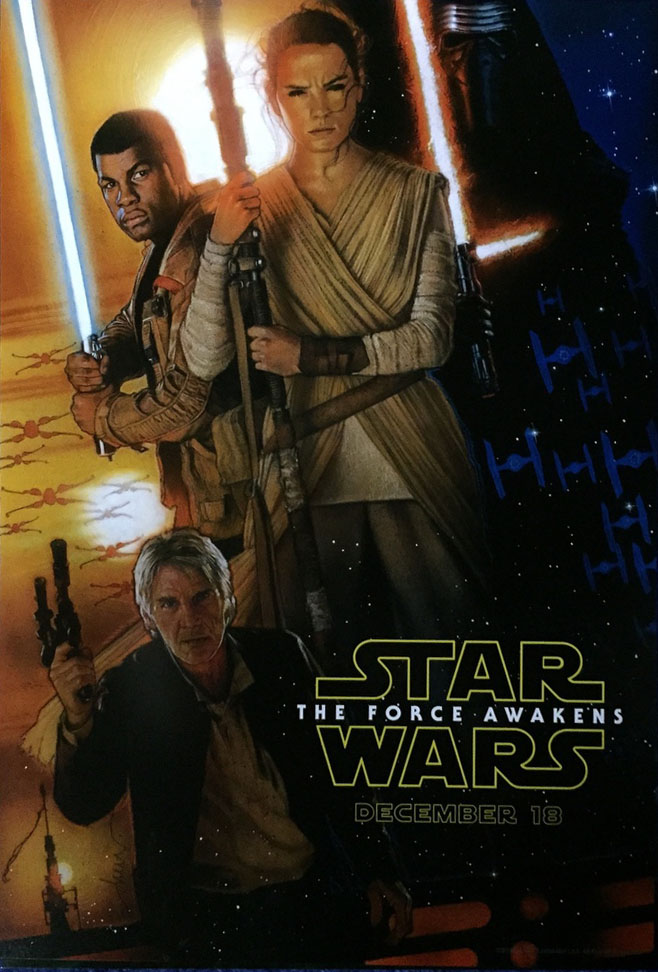 As well as the Star Wars Saga, there are going to be a series of Anthology tales or Star Wars stories depending on which promotional material you read. First up is Rogue One, a heist movie all about stealing the Death Star plans from Godzilla and Monsters director Gareth Edwards. Leading the cast is Felicity Jones, joined by Riz Ahmed, Diego Luna, Jiang Wen and Donnie Yen. Principle photography has now begun and the cast can be seen in the picture below. It will be interesting to see if Disney can replicate the model of the Marvel Cinematic Universe with a new Star Wars movie anticipated every year. It seems that fans will turn up to see anything, but will general audiences come out to see a range of films with different casts just because of the Star Wars name? Yeah, probably. 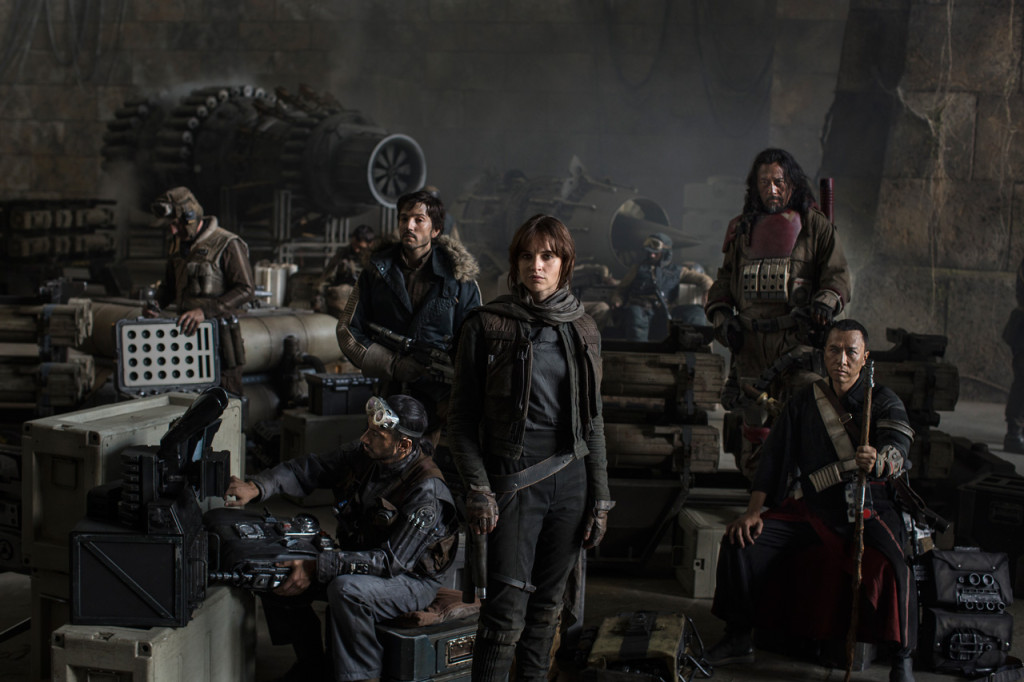 Since the first appearance of a seemingly innocent post in 2011, Star Wars fandom has been slowly drawn, like a disabled Star Destroyer plunging into the surface of a partially-built Death Star II, to the alluring “Machete Order”…

Hey, you there. Yes, you. Do you like Star Wars? Well, you’re in luck, there’s a new trailer out for Episode VIII…