Here’s the first trailer for the new Star Trek show, now titled Star Trek Discovery as revealed by Bryan Fuller to round up the San Diego Comic-Con Star Trek panel. The ship’s registry is NCC 1031, which if ships are logically numbered would put it before the original series but after Enterprise, but that’s purely speculation.

The ship itself will look fairly familiar to Star Trek fans as it appears to be a variation on the Enterprise as designed by Ralph McQuarrie for a version of The Motion Picture which never came to pass. You can read all about that here. 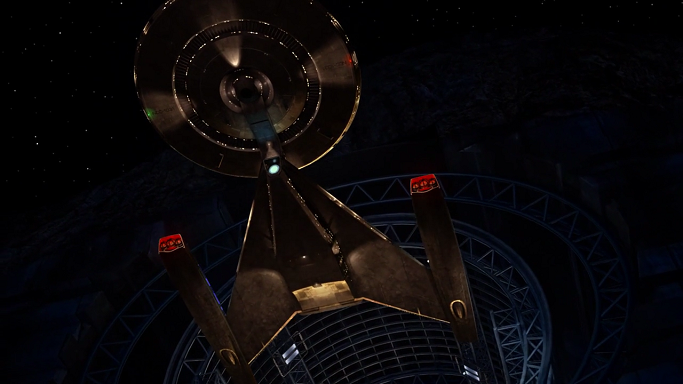 Expect casting news to be announced imminently as production ramps up in September. Star Trek Discovery will debut on CBS in September with the full series available only on CBS All Access. Internationally, the show will be available on Netflix.

It’s official. Star Trek: Discovery season 4 will not be available to viewers outside the US and Canada until 2022. For its first three seasons, the show had been shown in international territories on Netflix.

Star Trek: Discovery’s season 2 trailer arrived at San Diego Comic Con and there have been some changes.