It’s fair to say that when Star Trek Beyond‘s first trailer was released, the reception was somewhat less than enthusiastic. It appeared to be a trailer edited to appeal to the lowest common denominator with plenty of action, a quipping Captain Kirk, all accompanied by The Beastie Boys’ Sabotage, established as a classic favourite back in the first film in this series. It didn’t feel like a trailer, nor a film, worthy of the Star Trek name, especially given that this is the 50th anniversary, the perfect time to remember what Star Trek has been and what it should be moving forward.

This second trailer should give many cause for optimism. Sure, there’s plenty of action, including the apparent destruction of the Enterprise, but it’s quieter, slower and altogether more thoughtful. It’s also nice to see an increased role, hopefully reflected in the film, for Karl Urban as Doctor Leonard ‘Bones’ McCoy. It’s fair to say Urban has made McCoy his own, perfectly capturing the essence of the character as create by DeForest Kelley but up to now he hasn’t really been given too much to work with. Here we see him giving advice to Kirk, just like he always did as the Captain tries to live up to his legacy. It also appears he’ll have plenty of scenes with Spock, a relationship which demands to be explored but hasn’t due to the necessity to create the bromance between the Captain and his first officer and a romance between Spock and Uhura. It also very much feels as though this version of Kirk has stopped being a cocky young man and started thinking far more like the leader everyone recognises from the original Star Trek.

New director Justin Lin has earned plaudits for his work on the Fast & Furious films and it seems he has brought some great visual flair to Star Trek with some beautiful visual effects shots on display here. He was given a great challenge when brought on board with a tight deadline to get the film completed with no script ready. Simon Pegg and Doug Jung took on the challenge and crafted a completely new story for the crew, and from interviews it seems all creatives involved are aware of the legacy, with Lin in particular having a strong affection for the entire franchise.

A new official poster has also been unveiled. 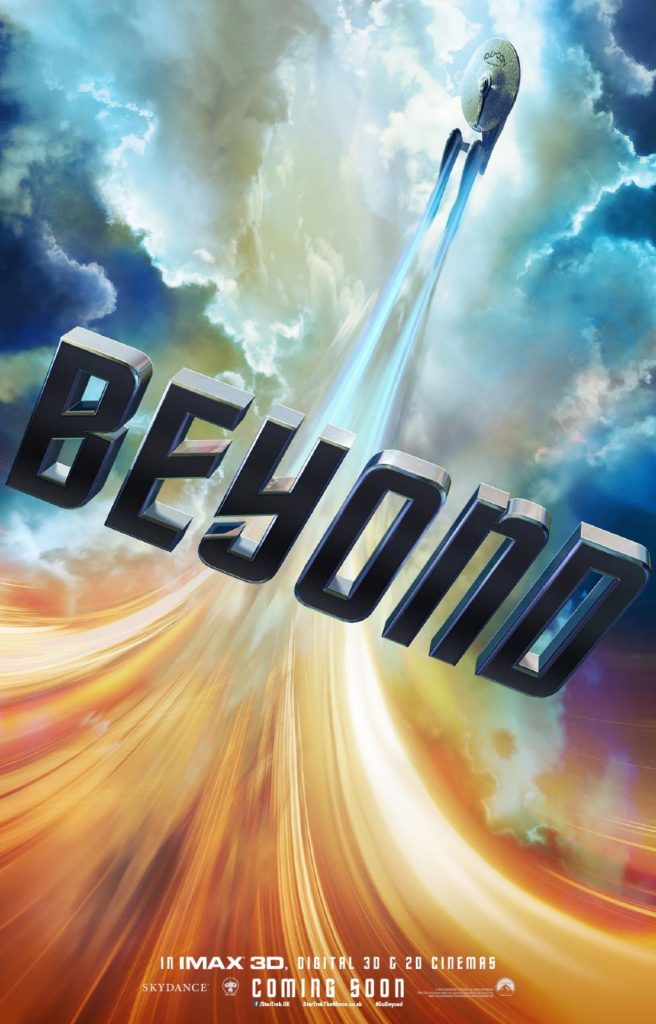 UPDATE: The international poster has also been unveiled 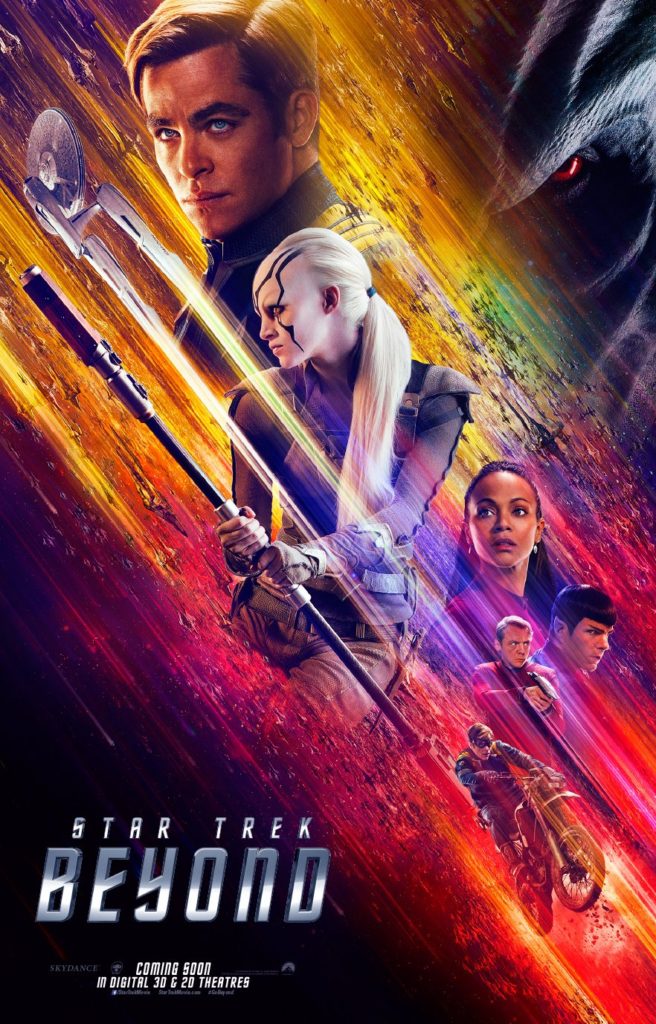