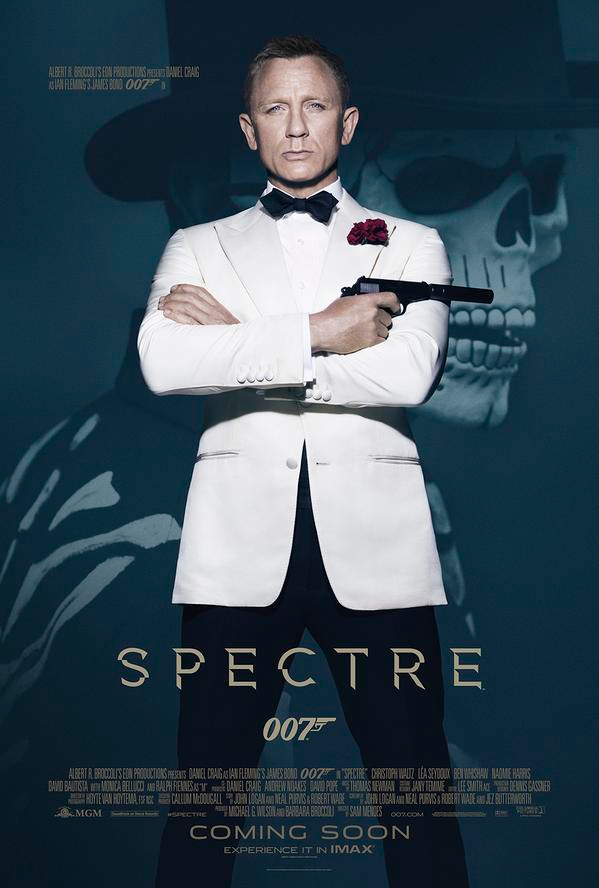 They’ve really gone all out with this SPECTRE poster. Daniel Craig stood in front of a green screen somewhere in a white tuxedo – bingo, it’s a winner. But what’s that in the background. Could Skelator have discovered how good he look in a hat? Why no, it appears to be Baron Samedi from Live and Let Die…maybe. Why the hell not? The film is going all retro with the return of Bond’s big bad in SPECTRE so they might as well incorporate the other elements of the novels. Craig’s Bond began with a revitalisation of the franchise and stripping back all the old tropes. By the end of Skyfall they were all back in place so they might as well tread over old ground, only this time in a dark and moody way.

Here’s the teaser trailer for SPECTRE

Oh James, you are such a tease

Sam Mendes returns for a second outing as Bond director following Skyfall, the first film in the long-running franchise to make $1 billion.