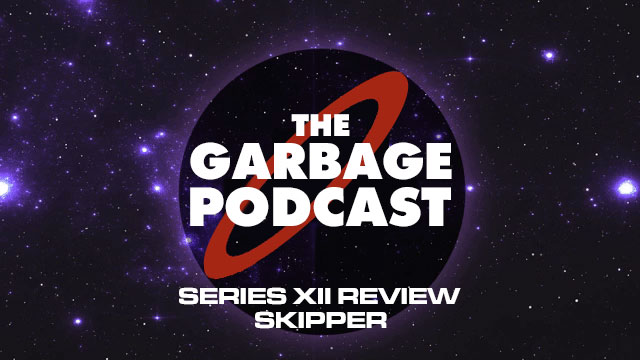 It may have finished as quickly as it started, but we’re already at the end of Red Dwarf XII. But while it may be the last of the series, Skipper has proved to be an episode worth waiting for.

It’s a show of two halves, but when the first half revolves around a strong joke idea and the second revolves around some hugely fan pleasing moments, what’s not to love?

Is Lister quite bright? What does the appearance of the original ship model mean for the show’s continuity? And how daunting is the prospect of sleeping with a 6 foot tall anthropomorphic rat?

All these warm and snuggly questions and more will be addressed as Alex, James and Andrew look skip through the major themes of the episode.