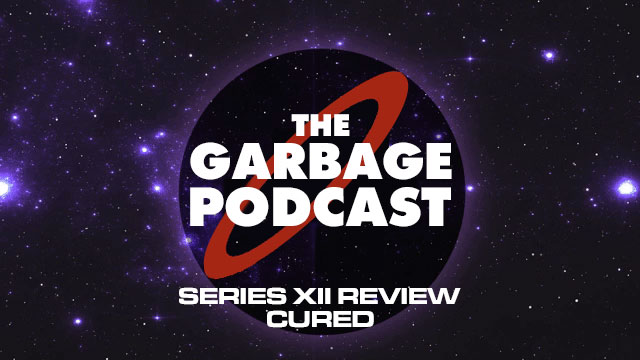 It may only have been a year since Series XI, but that hasn’t stopped the 12th series of Red Dwarf being any less anticipated. And with Cured now having aired on Dave following it preview a week before on UKTV Play, we’ve once again gathered to discuss a brand new episode of the show.

In this edition, we look through an episode that features a lot of scenes we really didn’t expect to ever see in the show. We also take a look at what makes some of this episode’s set pieces work so well, and discuss where this leaves the Red Dwarf universe. And considering they were filmed back to back, we take a look at what if any differences there are from Series XI.

Is there truly any such thing as evil? Just how does the Cat get dry so quickly? And doesn’t Alex bear a worrying resemblance to Stalin?

All these questions and more will be addressed (apart form the last one which has been purged from the discussion) as Alex and James are joined by Joey from The Official Red Dwarf Fan Club to discuss this series opener.