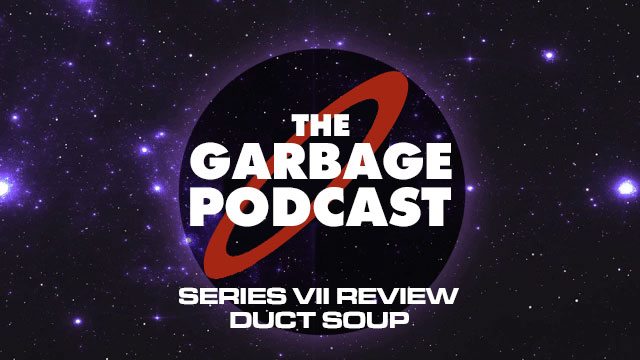 In this fourth instalment of of our continuing celebration of Series VII’s 25th anniversary, we look back at Duct Soup. After three action packed episodes, Duct Soup sees the show bringing everything down to basics with an episode that tries to harken back to episodes like Marooned by trapping the crew in a confined and stressful situation to see the tensions that arise between them. But does it work?

Is the late addition of this episode to the series reflected in the way the character relationships are presented? How much time has elapsed since the last episode? And can you still buy cottage cheese, with or without pineapple chunks?

All these cheesy questions and and more will be addressed as Alex, James and Andrew go back over the episode in the most apt way possible; by going round and round the same talking points for half-a-bloody-hour.