It’s fair to say, that following the release of The Force Awakens, Star Wars is very much back in the public consciousness. Disney, having acquired the company at a considerable cost, are hoping to keep it there. And so they’re releasing a new Star Wars movie every year, with the episodic saga episodes alternating with these anthology movies which can be set at any point along the timeline and follow any character. Reportedly, many of these will focus on characters we know and love like Obi Wan and Boba Fett and this is borne out with the announcement of a Han Solo origins movie in 2018.

But first we have Rogue One, a prequel (shudder) to the original Star Wars featuring a  team led by Felicity Jones’ Jyn Erso, a rebel perhaps to rebellious for the clean cut Rebellion. The Force Awakens certainly played up the nostalgia factor and there’s plenty of familiar imagery on display here with Stormtroopers, Star Destroyers as well as some spookily familiar faces in the form of Rebellion Leader Mon Mothma, now played by Genevieve O’Reilly (who had previously been cast in the role for Revenge of the Sith before she was cut).

Obviously setting the film in this era opens up a whole range of opportunities and surely it will be too tempting to turn down the chance to bring back Darth Vader, if only for merchandising purposes. 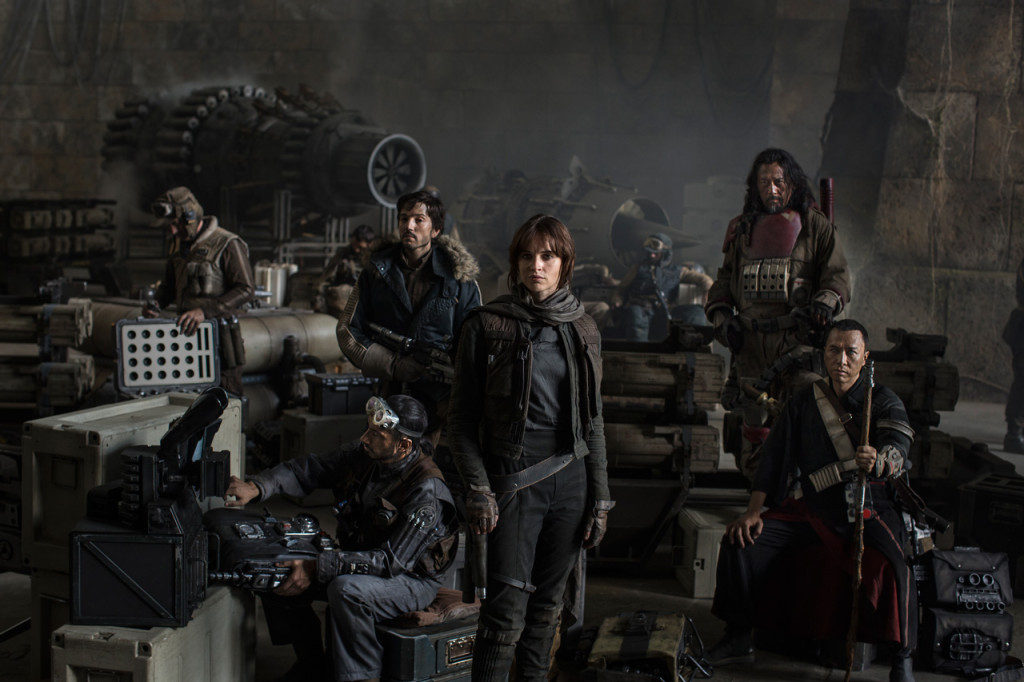 Rogue One: A Star Wars Story arrives in cinemas 16 December 2016

The Star Wars prequels aren’t all bad you know…seriously

8 droids we hope will appear in Rogue One, and 2 that tragically won’t

The trailer for Rogue One featured all sorts of nostalgic elements like the Death Star, ATATS, Mon Mothma, the USS Enterprise as well some good old fashioned Star Destroyers…

We’ve been down the link mines, collecting links to bring to you today.