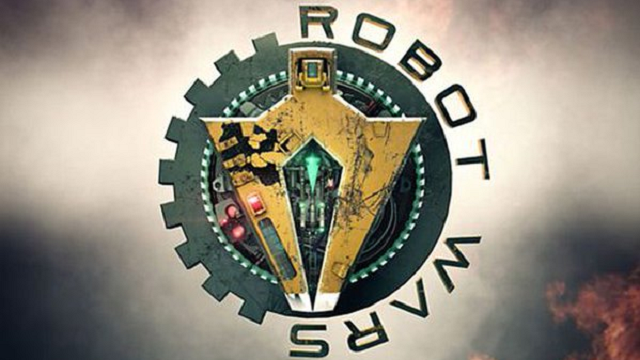 With the current nostalgia boom, it’s perhaps no surprise that 90s mechanical fighting show Robot Wars has been revived. This time, it’s filming in Scotland so we signed up for tickets and took a trip to Renfrew to see the show being recorded.

It’s been a long running battle to get any kind of major film and TV studio facilities in Central Scotland but that hasn’t stopped the team at Mentorn setting up shop here. As you drive down the industrial estate outside of Glasgow, you probably wouldn’t expect the arena that awaits you, but they’ve built something rather spectacular, the scale of which probably can’t be displayed on television.

As we arrived, one thing was clear – Robot Wars remains incredibly popular. As tickets told us to arrive at 2.30pm for the second recording of the day, the large and apparently full car park told us that plenty had turned up early and as we arrived at the holding marquee, we were told we were on the standby list. We were disappointed but still hopeful.

After two hours of waiting, the numbers were called and the masses started making their way towards the arena. Across 20 minutes the first 250 guaranteed tickets were called. After that, a few of the reserved tickets trickled in. First in groups, then singles. It seemed it was not to be. And then, amazingly  it turned out that the disabled seating wasn’t occupied, just as our numbers came up. Lucky; very lucky!

It's nearly time for day 2 of filming #robotwars pic.twitter.com/aHOmfbwH84

You can’t quite be prepared for the scale of this production. Obviously, it has to be big but this is industrially huge. The arena is a converted container warehouse featuring massive cranes mounted to the ultra high roof. The main fighting arena is elevated and has audiences at either side, with three judges located at one end (including at least one familiar face) and two transparent booths at the other where the Roboteers operate their creations, with only one of them occupied for this recording. As we only saw head-to-head fights, presumably the others will be used for group battles.

Moving towards the back of the hall is the pit section which features a runway leading to the main arena which is lined with strip lights. In fact the whole of the pits section is brightly lit to look futuristic and there are nifty green lasers spanning the whole area at ceiling level which will no doubt look incredibly cool every time the camera passes through them.

Gone is the slightly edgy presence of Craig Charles replaced by everyone’s favourite science teacher Uncle Dara O’Briain, alongside Angela Scanlon, giving this Scottish production a distinctly Irish feel. During this session,we didn’t get to actually see that much of their work, which was potentially as frustrating for them as it was us. Each recorded post-bout interviews with the teams and Dara recorded a couple of links in the downtime which will presumably be slotted into the various shows come transmission.

A staple of the old show, which clearly inspired Suzi Perry’s F1 work, was the interviews in the pits which remain as delightfully awkward as ever. There were also some chats behind the scenes with the judges where you can’t help but wonder just how much these high-level academics get out of seeing fairly basic remote control robots hitting each other.

Filming of #RobotWars begins today. Here's a first look at @daraobriain and @angelascanlon on the brand new set… pic.twitter.com/HiDhyCPfNO

This is a production which is clearly in its teething phase. The waits seemed interminable and from the constant run-throughs, it appeared as though they hadn’t even worked out the standard camera moves. That’s not to criticise; this is a huge production and very possibly one of the most difficult shows to film in the UK with the huge arena sealed with “bullet proof plastic” and the crew dotted around various levels to stay out of shot. The arena itself is filled with working tech which can all presumably go wrong and that’s before we even get to the robots. No doubt as this filming run continues things will get faster but it was challenging for the audience and the warm up man.

Warming up any audience is a difficult job but this was a crowd of fans and they were very patient despite the many delays. He had the big personality but not enough material to really keep the crowd entertained for what was essentially 3 hours of delays within the auditorium. With the usual health and safety announcements, introducing our lovely hosts, detailing the upgrades to the house robots and giving out some merchandise and sweets, it did appear as though he ran out of material and resorted to getting “Sally” to play some banging tunes. Of course, there’s no way he could have anticipated the delays and the audiences were pretty up for the show, so to criticise would be churlish. His job was to ensure that the crowd cheered on the fights and he started chants like a pro.

In all, this audience were treated to four bouts, each lasting up to three minutes. That’s 12 minutes of action for five hours of hanging around so in many ways it was like a particularly successful first date. Despite the advances in technology since the last run, things seem pretty familiar although these robots seem a bit more robust and reliable. There’s the usual mix of flippers, spinning discs and axes as well as the entertaining control problems. There were some advancements to see too with one of the bots apparently made from 3D printed parts. The fights were pretty entertaining with at least one going up in flames in spectacular style. Still, after five minutes the one person who had done their health and safety training for fire extinguishers finally arrived on scene.

The old house robots are back too, well most of the ones you remember anyway. It got a bit like Gladiators late on when they introduced new ones that no one remembers. Still, Sir Killalot, Dead Metal, Shunt and Matilda are on scene and bigger and deadlier than ever before. Sadly, one classic house robot has been decommissioned meaning the “I’d bash one out for the Sergeant” T-Shirts are no longer a must have item.  No doubt they’ll seem more threatening when Jonathan Pearce spends a day in a box excitedly recording his commentary as if he’s watching it live, but they seemed quite helpful at this recording, helping robots back in to place like a remote controlled RAC.

From appearances, they don’t seem to have broken the mould with this reboot, but why would you. It was a format that worked for years and the public seem ready for more. You can keep your soaps and sitcoms, and quiz shows are such bores. You’ll find me and all my friends, watching new Robot Wars.

Robot Wars arrives on screens later in the year. The Spoilist attended the recording on 6 March 2016