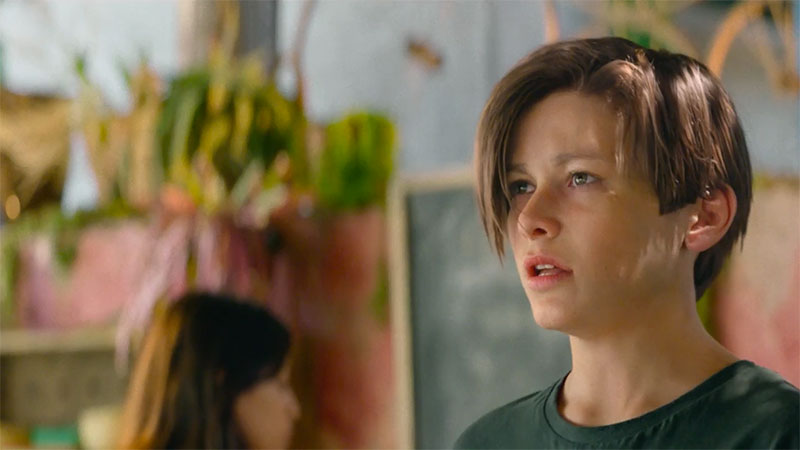 Try and take each film on its own terms. Go on, try it. It seems increasingly impossible in the age of the super franchise where full appreciation might require you to have seen the previous 20 instalments. But even before then, there were still sequels. Sure, often you want to see the adventure your beloved character will go on next. For Indiana Jones films, it’s the perfect formula. Each film more or less stands alone, but what about when they don’t? What about those films that pick up threads from the ending and reframe them? Does that change the meaning of the whole film?

Look, what I’m trying to say is, I really want to talk about Alien3. It’s a film that has as many fans as it does detractors. Following the horror classic of Alien and the thematically brilliant, action ensemble Aliens was always going to be a tricky proposition. And it’s the victorious ending that makes it really work. In some ways, it’s a classic disaster film where your ragtag band of misfits gets picked off by the outside force in order of how annoying they are. But in the end, there are survivors. Ripley survives and saves Newt, her daughter-figure and the one person really worth saving. It matters for the audience. We are fully invested in these characters, in that moment. And sure, life is full of moments of glory which are quickly followed by the mush of the everyday. But movies are not real life. They have structure. The ending matters. Our heroes survived, they get on a ship and go into suspended animation, ready to be awakened for the next adventure.

But then the next significant action of their lives undoes all that. Alien3 begins with the death of Newt and Hicks, wiped out in a fire before speaking a single line. Doesn’t that fundamentally change how we view Aliens? It was all a big waste of time – it was nothing. The triumph was a lie. And not only that, how can I care about the rest of Alien3? It’s been so callous with characters that I cared about, that’s it’s hard to shake the your feelings about them for the whole runtime. But this film doesn’t really want me to dwell on their deaths, it was just a device to move the action along. And sure, it has an impact on the character of Ripley and her fate but it also leaves swathes audience feeling cold and detached.

And the Alien franchise is not alone. The sixth, and latest, Terminator film, Terminator: Dark Fate pulls off an almost identical trick to Alien3. In some ways, it was vital for this film to recontextualise the franchise. The third, and fourth film now take place in their own continuity, the fifth was a reboot of sorts. This one, ignores all of that and brings it back to the character of Sarah Connor played by Linda Hamilton who had been unceremoniously killed off screen in Terminator 3: Rise of the Machines.

Each of the following films focused on her son John in some way, her child who was due to become the saviour of humanity and the reason Terminators had been sent back in time to kill Sarah. And while Nick Stahl’s portrayal is a credible continuation, Christian Bale and Jason Clarke’s didn’t exactly do the character many favours. It’s far easier for a character to be a legend when you don’t see their life – they can exist as a lore, as stories. When you see John Connor running around, shooting Terminators, delivering not particularly inspiring speeches and generally being a bit crap due to the limitations of a screenplay, they lose a bit of their legendary status.

So when James Cameron returned to the Terminator fold, it was understandable that he decided to kill his icon. But also, fuck you James Cameron. The opening sequence of Terminator: Dark Fate picks up not long after Terminator 2: Judgment Day and with a digitally recreated Edward Furlong and Linda Hamilton enjoying their newfound freedom from fate. Then Arnold Schwarzenegger’s T-800 walks in and just shoots him. He just shoots him? Imagine there had been no films after T2 and they start like that? You’ve invested in this character, in the idea that there’s no fate and that at the end of T2 – which was a proper ending – that he’s safe and the world has changed.

And the next thing is that? Imagine this was post-credits scene on the last film and it’s so brilliant a recreation that it feels like it is. It makes the whole film pointless, which means when it comes to Dark Fate, it’s hard to know who to invest in because the stakes haven’t just changed, they’ve been ripped from underneath you.

And you can say that not liking where a story goes next is pure fan entitlement. But in these cases, there’s more going on. It’s not that the story doesn’t go where you want it to, it’s that the story you were being told is no longer the story. You were being lied to about what really mattered and that changes the entire context. You can say that the old films are still there, but because this is a continuation, their meaning has been reshaped.

But it doesn’t have to be as dramatic as these science fiction behemoths. One sequel too many can completely change your view of a character’s life. Star Trek Generations certainly did that for Captain James T Kirk. As a farewell to The Original Series cast, Star Trek VI: The Undiscovered Country is pretty much note perfect. It actually allowed this crew and the cast, who had lived with these characters for 30 years, to go out on their own terms. And at the end, they’re on the bridge of the Enterprise, ordered back to Starfleet to be decommissioned. But instead, Kirk orders the course heading as: ‘Second star to the right and straight on till morning.’

They are where they belong and that’s where we should say goodbye to these characters. Of course, they might go back to Earth and retire. Or maybe they’ll receive a distress call and be dragged off on another mission. Maybe a weird green space hand will drag them to the other side of the galaxy for another adventure. We don’t know and that potential is wonderful. Sometimes just leaving things exactly where they should be makes everything right with the world.

But of course, it’s impossible for a studio to leave a franchise along, and when the time came for the cast of Star Trek: The Next Generation to begin their feature film run, they wanted the certainty of a familiar face to bring in the loyal fans. Of course there’s something exciting about the cast of the original series working alongside the new pretenders, they did it multiple times during TNG’s run. But it gives Kirk a new and far less satisfying ending. He’s wheeled out for a pre-credits sequence on board the newly commissioned Enterprise-B, not as captain but an honoured guest. It’s a perfect metaphor really. Here is the hero of a franchise standing there, with nothing to do, displaced in his own film series. But he doesn’t really exist as a meaningful character in Generations. He exists as part of a theme about mortality, argues with Picard about heaven and then dies in a boring fight between three old men. Is that it? Was it really worth it? It’s a poor way for one of great heroes of 20th century pop culture to meet his demise.

And speaking of satisfying endings, let’s not forget about Back to the Future – a film of many endings. And Doc’s final moment in 1955 is perhaps the most satisfying of them all. He fixes the DeLorean, hooks a power convertor to the clock tower and times everything perfectly to send Marty back to 1985. It gives him the knowledge that his invention works and the confidence to pursue his dreams and a friendship to look forward to in the future.

But that all gets changed by Back to the Future Part II. Ten seconds after that satisfying conclusion, another Marty comes back and asks for his help. In this case, it works for the story and getting some more scenes in 1955 to begin Back to the Future Part III is fun in itself. But it just makes the journey a little less satisfying, if you stop to think about it anyway.

Perhaps more egregious is the undoing of the ending of Men In Black in its first sequel. Agent K (Tommy Lee-Jones) gets  to return to his old life and his lost love that he has mourned since he first became an agent while J goes off with the new agent L (Linda Fiorentino), a character who uses her ingenuity and expertise to notice the unusual and ends earning her place as a new MiB agent. Now, of course you can accept a sequel wanting to bring back its star, even if it means his happy ending gets taken away. But it’s far worse that they just throw away Agent L with one line to say she went back to being a medical examiner. It makes everything that happened in the first film feel meaningless and unearned. But hey as long as they get the boys back together, who cares?

Of course, a sequel can have implications not just for an individual but for the entire galaxy, in particular that galaxy far, far away. Return of the Jedi was a proper ending – the Empire fell, there were fireworks on every planet and something new was beginning. Of course, there were still challenges to come, it felt like there really was renewed hope. But when you reach The Force Awakens, the universe doesn’t feel like it’s changed much. Han’s out smuggling with his old pal Chewie, Leia is still standing in the same room making plans on a different planet and hundreds of thousands of stormtroopers are following an evil guy in a helmet. It makes the victory hollow and the title a lie.

Decades pass and life goes on, old ideas are made new for each generation and the cycle of pop culture renews. But never forget what went before. The past matters, especially if you’re making another Terminator film.

Did you like this? Why not read another article about endings – No one’s ever really gone? Let franchises have endings.