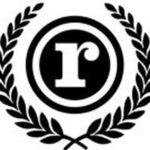 British audiences have been going to see films at Raindance for over 21 years because of the brand’s cutting edge, unique, alternative cinema. Raindance Releasing aims to continue that tradition year round, giving film fans more opportunities to watch the newest work from the world’s up-and-coming filmmakers.

“Raindance was the first film festival to launch online festival screenings way back in 2006 so it’s always been our ambition to bring our movies online to audiences year round. In today’s age of mass communication, the web and social media, every filmmaker needs a brand to stand behind them and help get their work seen. We want to use Raindance Releasing to discover, foster and promote filmmaking talent in the same way we have been doing for 21 years with our film festival and the British Independent Film Awards.”

The Raindance Releasing site has been set up to work with Scotland based online distribution platform Distrify, which turns the entire internet into a viral distribution platform by allowing audiences to watch a trailer and then decide whether to purchase the film or not. Fans can easily share their favourite films with their own social networks, thereby integrating filmmakers and film fans into the distribution model. Distrify’s CEO, Peter Gerard, said:

“Raindance has been at the forefront of independent film promotion and education for many years and its festival is known worldwide as a tastemaker. This new Distrify-powered initiative allows Raindance to curate and promote high quality independent films year-round to a passionate online audience of film lovers.”

The site aims to release 2-3 new films every month and we hope to be talking to the filmmakers here at The Spoilist.

Drew Cullingham is a writer, producer, director and the founder of Monk3ys Ink Films.