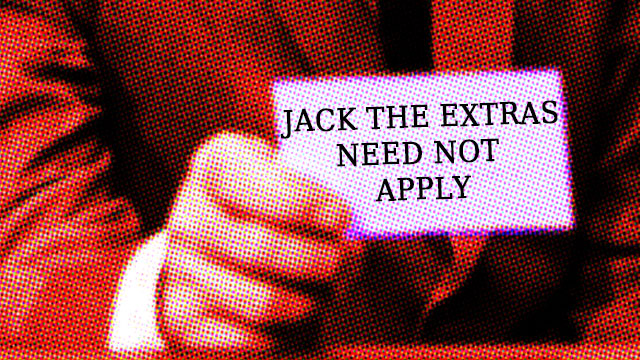 TV Sitcoms are like catnip to musical types – it’s easy new record promoting in front of a mass audience without having to do anything much more than turn up and say “Hello, I’m Steve Popstars!” while a studio audience goes nuts and the home audience goes “I thought Steve Popstars was dead!”  Here are ten such appearances that genuinely happened on situation comedies – Five of the following are real, five are made up by my devious brain whirs. Can you choose the rocking REAL options from the funking FAKES?

1.  John Lennon on “Welcome Back Kotter”

It’s said by most biographies on the man that the first half of the seventies were largely lost for Lennon in a haze of drugs and booze, in particular the period between 1973 and 1975 known to Beatles fans as “The lost weekend”, but the back end of the decade found him sober and happily living as a house husband bringing up son Sean. It was during this period that Lennon watched a lot of TV and one favourite show was “Kotter”, a school-based sitcom probably best known in the UK as the launchpad for John Travolta’s career. Lennon contacted the producers who immediately wrote him in a cameo teaching the character “Boom Boom” Washington the importance of listening to others, in a nod to his former relationship with Paul McCartney.

The mad-haired master of nasal notation popped up in an episode of this also-ran 90s US sitcom in which a posh highly strung man spontaneously marries a free spirit woman… with consequences, humourous and otherwise. In this particular adventure, Dharma decides she wants to be a drummer so auditions for ol’ folknose’s band. They do a jam, the audience laugh at something or other I missed and Dharma and Greg continues for two more seasons.

Just prior to his absolute chart-pummelling Robin Hood song making him a household name, the “roofer from Vancoofer” (NOTE TO SELF: check this before sending) appeared on a Children’s BBC series set in a magic shop. Adams and his band are lost on the way to a gig at the town hall but get roped into to helping with the famous disappearing woman trick. Suggestions that this inspired later single “When You’re Gone (But Then Come Back Again When I Remove The Cloth)” are as yet unsubstantiated…

4. Stevie Wonder on “The Cosby Show”

Amazingly, unlike when the pre-knowledge-of-TERRIBLE-CRIMES era Bill Cosby usually got in musicians he liked to cameo, Wonder didn’t play the once-only seen family member “Uncle Satchmo Bebop” or “Other Uncle Jazz Jazzington” but was himself in a 1986 episode where he bumps into Theo and Denise’s car. As an apology, the whole family get to visit his studio as a thank you. Why a blind man was allowed to drive a car in the first place is beyond me…

An enormously revered sitcom of the 1980s in Scotland and with good reason, City Lights was the story of a bank clerk who wants to be a best selling writer. One episode saw a blink and you’d miss it cameo from The Vegetarian Elvis’ who the series main character Willie (played by the much missed Gerard Kelly) accidentally spills a plate of chicken legs over at an influential party. His only two lines being “Hello I’m Morrissey” and, post-poultry incident,  “No manners but what a critic!”

The Aussie battler of chart pop has been in the business almost 30 years, which is incredible for someone so written off and mocked at the start of her music career. By the mid-90s though, the hits were starting to dry up and in a climate where recording a single written by the Manic Street Preachers seemed a good idea, Minogue popped up on the extremely popular but none-more-nineties adventures of beer-drinking pals Gary and Tony. However, despite the booze and ladies enthusiast pals being her biggest fans, they fail to actually recognise her when she appears at their flat. Bohhh!

In one episode of this equally long-running nothingness, kooky couple Paul Reiser and Helen Hunt meet up with Yoko Ono to try and convince her to work on an important documentary project with the former One Dad’s character. But Paul Reiser keeps saying the wrong things! And mentioning The Beatles! Which was the band her husband was in before he was brutally murdered! Etc! Luckily, Yoko has a terrific sense of humour and it all works out fine.

When the best in music and the best in comedy combine you know you better smash your television to pieces and poke your eardrums out just to make sure because it aint getting better than this. Appearing as himself in one of the Christmas specials to ask out Mrs Brown’s daughter (actually Mrs Brown’s wife), Mrs Brown quickly slams the door in Bono’s face saying “Well you still haven’t fecking found what yer fecking looking for here, pal!” Genius.

9. The Beach Boys on “Home Improvement”

You remember Home Improvement, right? Tim the tool bloke, had some kids and a wife that seemed too attractive for him, you know….had a neighbour called Wilson you never saw fully behind the fence (even though you clearly did)? Well said next door face-obscuring pal’s cousins were none other than The Beach Boys, according to one 1997 episode. Even though the Beach Boys line up that appeared in this episode weren’t all related. And no Brian wasn’t there. He was always more a “Suddenly Susan” kind of guy…

TV’s favourite knob-nosed Melmacian shit got a visit from Toronto rocker Neil Young who was trying to promote his then-new album “This Note’s for You” after it had bombed in the Billboard charts. TV puppet ALF asked why Neil wasn’t worried he was meeting an alien. “Hey, what do I know? I’m Canadian!” quipped the guest-star.

For more of this kind of pop-culture pop quiz fun and a unique not-in-the-shop gift guaranteed to enliven any post-Christmas dinner lull / major court hearings, you can buy both of Ben’s books “Your Starter For Ben” and “Never Mind The Quizbooks” from Lulu Press, priced £4.99 each. 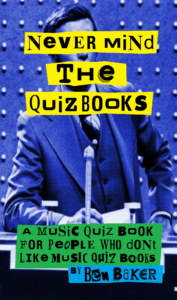 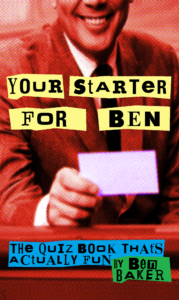