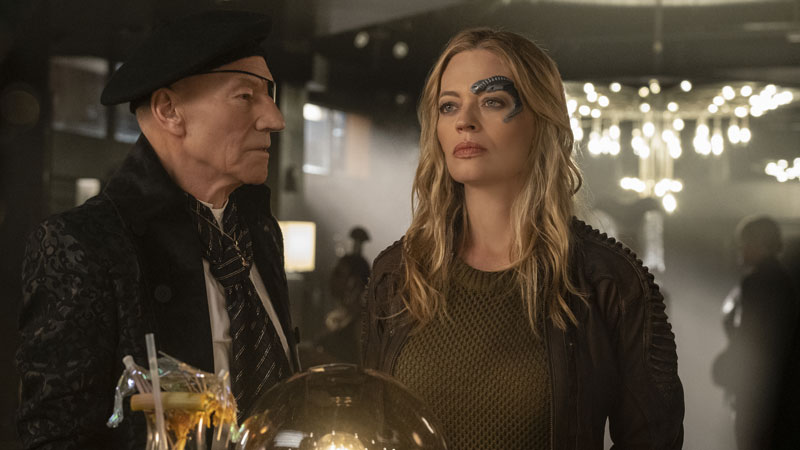 The ragtag crew of La Sirena are finally on their way to Freecloud but Picard requests a diversion to Vashti, a planet where he once helped Romulans relocate before the full evacuation where Picard once befriended a child named Elnor who in the years since has become a socially awkward master assassin. Meanwhile back on the ship, the crew has to deal with the local warlord and all looks lost until the intervention of Seven of Nine, a former Borg now working as a Fenris ranger, a sort of frontier law enforcement agency. The crew with Elnor now sworn as Picard’s bodyguard then travel to Freecloud and find Maddox is being held by Bjayzl, a criminal and loan shark who trades in used Borg parts and they decide to do a classic heist for some reason with elaborate costumes and accents. And in B plots no one cares about, Narek and Soji slide in a corridor and Raffi visits her estranged son.