So here’s a new poster for Fantastic Four (or should we be calling it Fant4stic? If so how is that pronounced?). Fox has a new cast and a new origin story for this superhero family drama based on the Marvel comic book. This new take apparently takes inspiration from the Ultimates books meaning it’s darker and grittier which is what the people want. The previous Fox Fantastic Four films, released in 2005 and 2007m were based on versions of the comic book that had been sanded down and covered in plastic so as to remove anything interesting that might have happened in them. Fantastic Mister Fox is a Wes Anderson film based on the Roald Dahl book and apparently has nothing to do with any of this.

Anyway, this new poster has the titular four standing looking at a thing, It appears to be one of those things that’s contractually obliged to appear in modern sci-fi movies. You know, it comes down from the sky and causes destruction. This particular thing previously appeared in Star Trek and The Avengers.

Miles Teller stars as Reed Richards, Kate Mara is Sue Storm, Michael B Jordan is Johnny Storm and Jamie Bell is Ben Grimm. For some reason Jeremy Renner does not appear. 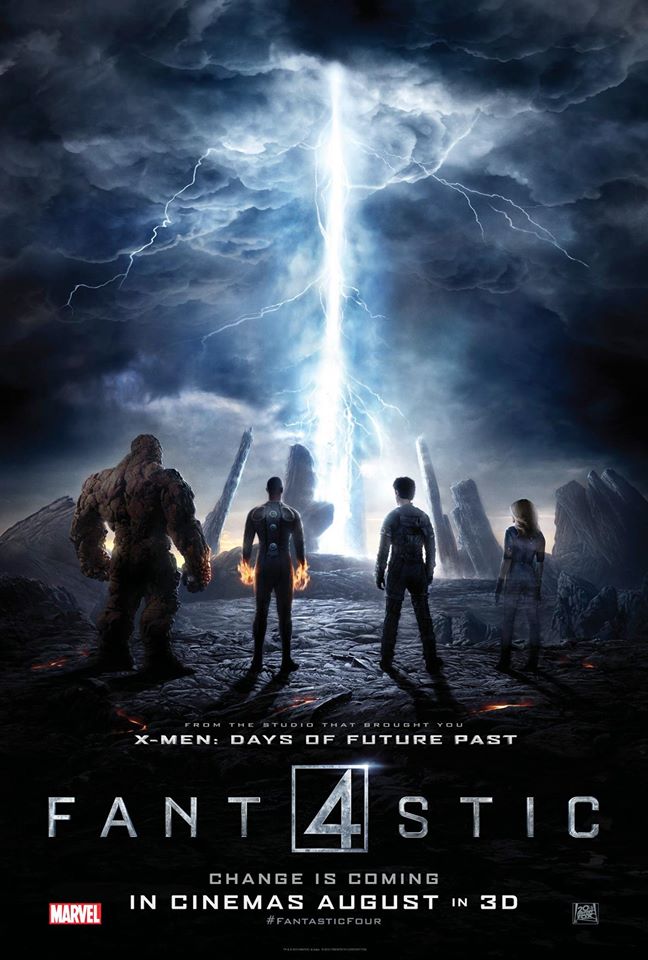