He’s back, only this time he should know better. Remember when Arnold Schwarzenegger used to look terrifying on the poster for The Terminator? Probably not if you’re the intended audience for this film. If you are then you’re probably complaining that this film is ruining your childhood. That invites the question, what were you doing watching an extremely violent horror movie as a child? Parents were just too trusting in the eighties. Terminator Genisys tells the Terminator story from the other side with John Connor (Jason Clarke) sending his trusted friend Kyle Reese(Jai Courtney) back in time to save his mother Sarah Connor (Emilia Clarke) from a time-hopping Terminator assassination, but when he gets back, things aren’t quite the way they’re supposed to be. Always the way with time travel, isn’t it? 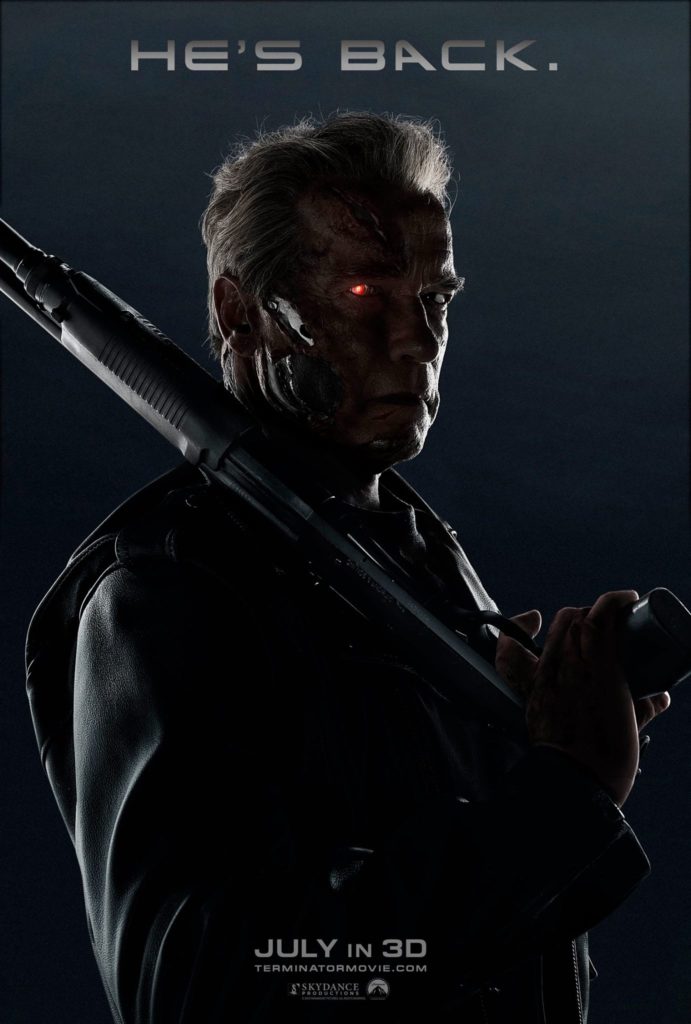 There’s also a TV spot to be shown during the Superbowl. It really doesn’t make any sense unless you’ve seen the first teaser trailer, but things totally explode and crash and Arnie says that line we all know. Brilliant!

Are you prepared to get annihilated?

Look at them all standing there looking authoritative and sexy in front of a giant badge.